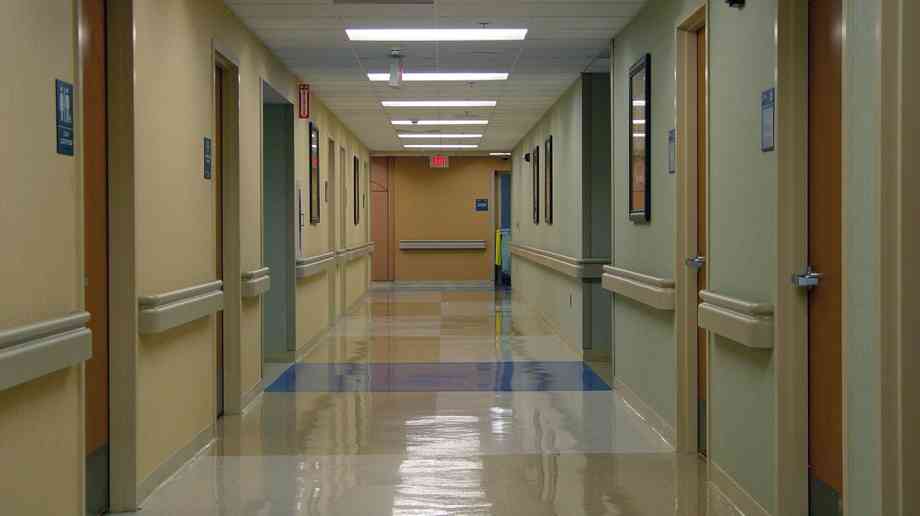 An abundance of issues causing the shortages

Who will fill the NHS vacancies? Nick Bowles of APSCo examines the contributing factors to the current healthcare recruitment problems and highlights that more collaboration is key.

Healthcare recruitment is an issue which is now not only at the forefront of the sector, but also the wider public consciousness. Recent news that management group, NHS Employers, has given the green light for nurses, paramedics and pharmacists to be trained to ‘fill in’ for doctors is the latest in a long line of stories which illustrate the deep and complex issues surrounding staffing within the NHS. It’s no secret that the health service has suffered from acute skills shortages in recent years with regular updates on the junior doctor strikes, understaffed A&E units and locum doctors raking in thousands per shift all featuring on the front pages on a regular basis. However, the deep rooted causes of the current landscape are all too often misunderstood, and government initiatives designed to ease the situation are yet to reveal any indication of success.

An ageing population, retirement cliffs and insufficient talent pipelining have all contributed to the current acute shortage of permanent healthcare professionals. This shortfall has created a climate where NHS trusts are now, more than ever before, relying on a flexible workforce to cope with demand.

Bad planning to blame?
While, for some time, the recruitment profession seemed to be the pinnacle of blame for soaring agency staff spend, a recent report from the Public Accounts Committee, a select committee of the House of Commons, attributed the current shortage of frontline staff in the NHS to bad planning and cost cutting, stating there has been ‘no coherent attempt’ to work out staffing requirements for David Cameron’s promised ‘seven-day NHS’. This is something that the ethical recruitment companies that we have consulted with have long been telling us.

Indeed, the Association of Professional Staffing Companies (APSCo) has previously offered its support in helping the Department of Health (DoH) to understand the sector, and how to maintain a healthy, competitive, but fair and transparent recruitment supply chain. We were not invited to engage on this issue in any meaningful capacity before controversial agency spend guidelines were introduced by Monitor in the latter months of 2015.

Monitor guidelines stipulate that trusts can only recruit from agencies that have been awarded a place on one or more NHS approved frameworks. As from April this year, locum pay must now also be in line with substantive rates. While we support the sentiment behind these new rules, our experience has led us to question the validity of this scheme, with evidence suggesting that its success is not what Monitor would have hoped to achieve.

In February this year, specialist healthcare recruiter, MSI Group, obtained data on guideline compliance from Freedom of Information requests sent to every Acute and Mental Health NHS Trust in England. At the time, the guidelines specified that trusts could not pay locums more than 55 per cent above substantive pay rates. The data revealed that 79 per cent of NHS Acute and Mental Health trusts recruited staff outside of NHS approved staffing frameworks.

It also revealed that 90 per cent of trusts had been forced to exceed the pay caps. Consequently, just four per cent of NHS trust were, at the time, fully compliant with government guidelines surrounding the use of agency staff. We are yet to view data on compliance since pay rate caps dropped again in April this year.

External pressures
The sad fact is that Monitor’s guidelines fail to take into account the external factors impacting the NHS’s staffing crisis. As a result, MSI Group’s research indicates that trusts are repeatedly having to fall back on a clause which allows them to breach guidelines when patient safety will be compromised and there is ‘no alternative’. In fact, between November 2015 and February this year, over 70,000 shifts were filled under this clause.

Even more concerning is that these caps could put patient safety at risk by destabilising the quality and continuity of flexible staffing into the NHS. A consultation document on the proposals, released just weeks before the caps were implemented, stated that the price caps are intended to ‘encourage staff to return to permanent and bank working’. This was simply naïve.

Front line recruiters in this area tell us that agency workers within the NHS work flexibly because their family life or lifestyle does not allow them to work permanently. They foresaw that taking away flexibility would result in trusts becoming unable to fulfil their staffing requirements because temporary staff would move away from the NHS, and also that the quality, safeguarding and compliance of staff could suffer.

When David Cameron outlined landmark plans to create a ‘truly seven-day NHS’ by extending GP opening hours, I am sure his motives were rooted in a desire to increase patient safety. However, as the Public Accounts Committee pointed out, logistics behind such a grand plan were not thoroughly investigated. Somebody failed to recognise that any increase in patient access to front line services is likely to exacerbate existing GP and Nurse Practitioner shortages.

There is a clear correlation between the controversial continued rise in the use of temporary nursing staff and the decrease (of 16 per cent since 2010) in nursing training places – which are offered to students wishing to enter nursing – within the NHS. Many believe that Jeremy Hunt’s recent decision to axe student bursaries for nurses will further impact the talent pipeline into the profession, with the NHS’s Pay Review Body arguing that both the supply and quality of people applying to train as nurses could fall because the bursary system is to be replaced by student loans.

The doctor dilemma
It’s not only nurses who are at risk of dwindling in numbers. Doctors are also becoming thin on the ground. In 2014, applications to GP training were so low that an unprecedented third round of applications was opened. In some areas, the fill rate for GP trainee jobs was as low as 62 per cent; even after this third round. One in eight posts nationally was vacant, and it has been speculated that pressure of workload is a contributing factor. In fact, according to a recent report by the Healthcare Foundation, 60 per cent of UK GPs found general practice extremely or very stressful and 22 per cent were made ill by stress in the past year.

Subsequent reforms to boost the number of family doctors by 5,000 over five years with a £2.4 billion cash injection, as outlined in the government’s General Practice Forward View, have the potential to boost talent in this field. However, while it is encouraging to see a more strategic approach to long-term workforce planning, increasing the number of trainee GPs recruited is only sustainable if there is the talent available to fill these positions – and a culture conducive to retention.

To add to this cocktail of staffing woes, it is worth noting that a staggering 45 per cent nurses currently working in the NHS have the right to retire within the next five years, and GPs are being urged to come out of retirement to address the vast numbers of unfilled vacancies.
This ‘retirement cliff’, coupled with a rising population means that the NHS desperately needs to review its strategic workforce planning strategy if it is to have any hope in addressing future demand.

Co-operation is key
Any professional working within the healthcare arena will recognise that the staffing crisis is a sizable problem in the NHS. But what’s become increasingly clear is that these issues seem to have been compounded, rather than alleviated, by recent guidelines introduced by Health Secretary Jeremy Hunt.

With evidence suggesting that the agency price caps are doing little to ease the cost pressures that the NHS is facing, retraining various other medical staff to take on some duties traditionally assigned to doctors does seem a sensible option to explore in the short-term at the very least. However, I am unsurprised that unions have warned against using it as a quick fix for problems in the NHS. It is imperative that decision makers at the DoH engage with the recruitment profession to gain further insight into the complexities of the NHS staffing problem if we are to find a practical, long‑term solution to this pertinent issue.