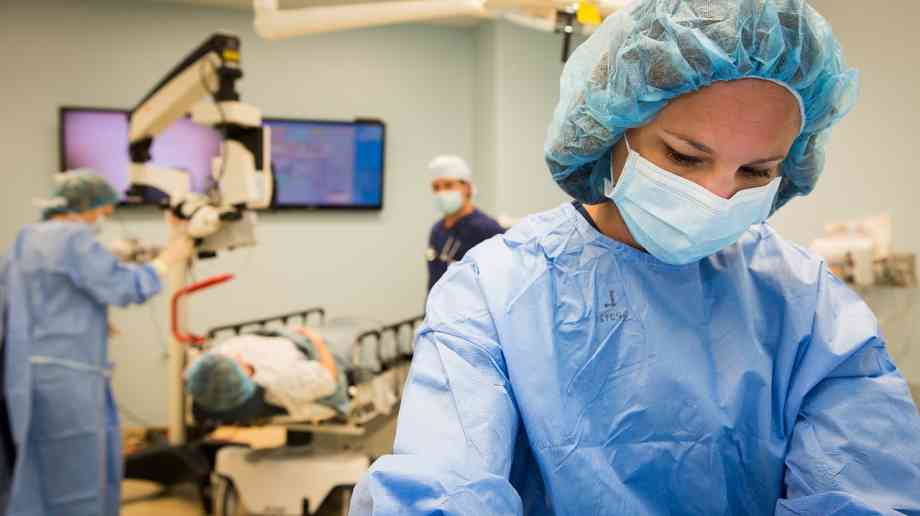 Base clinical decisions on patients’ needs, not postcodes

Barbara Harpham, chair of the Medical Technology Group, argues for equal access to medical technology and says that treatment should be based on their clinical needs, not patient postcode

‘The most cutting-edge system in the world for the use of technology to improve our health, make our lives easier, and make money go further’. That’s Secretary of State for Health Matt Hancock’s vision for the NHS, whose ambitions include modernising the way the health service delivers care to patients through cutting-edge mobile and IT solutions.

Medical technology however - from medical devices to in-vitro diagnostics, imaging equipment and ehealth - already plays an enormous role in serving NHS patients. In fact, around half-a-million different technologies are available, with the health service allocating around £6 billion a year to this area.

This technology delivers considerable benefit to the NHS. It often increases efficiency, reducing the need for further intervention and long-term treatment, reduces costs by limiting hospitalisations, and improves patients’ quality of life.

It can also deliver wider societal benefits, helping people return to work and care for family members. In fact, studies by the Work Foundation and the Medical Technology Group have quantified the financial impact of just some of the available technologies. Our Keeping Britain Working report revealed that just eight technologies - including sepsis diagnosis equipment, coronary angioplasty, and hip and knee replacements - have the potential to save the economy almost half a billion pounds a year from reduced healthcare costs and benefit payment savings.

The postcode lottery - alive and well still
It would make sense for patients to have equal access to medical technology regardless of where they live. Sadly though, this has long been a challenge for the NHS. The main reason is the way the health service is structured. Devolution of decision-making to local NHS organisations means that the final decisions on which treatments are offered locally and under what circumstances is governed by individual Clinical Commissioning Groups and hospital trusts.

The existing organisation - alongside budget constraints - only serves to prolong the postcode lottery, as local health services find increasingly more creative ways of controlling spending by restricting access to treatments and technologies.

A recent investigation by the Medical Technology Group has revealed that CCGs are failing to comply with national guidelines on which treatments should be made available. What’s more, when a CCG restricts access, there’s very little the local population can do to change policies.

Our study, conducted in October 2018, took four common proven treatments: cataract surgery, hernia repair, Continuous Glucose Monitoring, and hip and knee replacement. We then looked at the lists of treatments restricted by CCGs. These ‘Procedures of Limited Clinical Value’ (PoLCV) - which are normally reserved for complementary therapies or cosmetic procedures where there is little or no clinical evidence to prove their cost effectiveness or clinical benefit - are, according to the Royal College of Surgeons, generally not funded by commissioners.

The results were startling. We found that, despite all four treatments being recommended by NICE, CCGs across the country are deliberately restricting access to them or applying high thresholds to limit the number that are carried out.

Cataract surgery
Our research revealed that 104 out of 195 CCGs include cataract surgery on their PoLCV lists. Cataract surgery is the most common operation performed in the UK, and NICE national guidelines clearly reinforce its cost-effectiveness, indicating that it has a ‘high success rate in improving visual function, with low morbidity and mortality.’

Under current national guidelines, the extent to which a patient’s eyesight is affected by cataracts should not determine whether or not they receive treatment. Instead the condition’s impact on patients’ quality of life should be the determining factor. Nevertheless, a third of CCGs list a visual acuity threshold as a requirement for receiving treatment. While this is a valuable assessment, playing an important role in evaluating a patient’s condition, visual acuity alone should not determine whether a patient is treated.

As well as contravening national guidelines, restriction of cataract surgery can also lead to further patient complications. The Royal College of Ophthalmology states that the ‘presence of cataract causes disability and increases the likelihood that individuals will suffer adverse events’, while the Royal National Institute for Blind People confirms that patients with cataracts are twice as likely to experience a fall.

NICE guidelines on the management of diabetes in adults include guidance on how to commission CGM, setting out clear criteria for commissioning and the type of user that should be considered.
However, we found 12 CCGs who do not commission CGM and a further seven that will only do so following an independent funding request from the patient. In other words, around 10 per cent of CCGs are placing some form of barrier to CGM.

Hernia surgery
Hernia repair is one of the most common surgical procedures in the UK, with around 80,000 performed every year. NICE states that it should be undertaken in most individuals with an inguinal hernia in order to close the defect, alleviate symptoms of discomfort and/or prevent serious complications, such as obstruction or strangulation of the hernia. The Royal College of Surgeons’ guidance is clear on the impact of delaying treatment, stating that ‘CCGs should not set criteria for referral and treatment for inguinal hernias’ outside that recommended in its guidance, as this approach ‘produces worse clinical outcomes and has not been shown to be cost effective’.

Despite this guidance and proven record of successful outcomes following hernia repair operations, our research found that 95 CCGs – almost half – include hernia repair on their PoLCV or Threshold Policies lists. These thresholds mean that many CCGs take a ‘watchful waiting’ approach, where time is allowed to pass while further tests are carried out. While this might be appropriate for some patients, a more widespread adoption of this policy could mean an increasing number of patients only receive treatment when their condition deteriorates, and they require emergency intervention.

Hip and knee replacement
Around 200,000 hip and knee replacements take place in England every year, according to the National Joint Registry, which found that 92 per cent of patients report high levels of satisfaction six months after treatment. In addition, the British Hip Society’s guidelines describe Total Hip Replacement (THR) as cost effective, returning 90 per cent of patients to their previous employment, while enabling elderly patients to maintain their independence.

Previous widespread restriction on access to treatment has prompted the RCS to speak out, stating that ‘blanket bans do not best serve patient care’. Yet, despite the supporting evidence and hip and knee replacements being used effectively for decades, we found 78 CCGs that include the surgery on the PoLCV or threshold lists. They often apply a Body Mass Index threshold, contrary to advice from the RCS.

Analysis of the National Tariff reveals that THR is cheaper than long term conservative treatment for osteoarthritis of the hip.

Clinical value undermined
The inclusion of common proven treatments on CCGs’ lists of restricted procedures is resulting in a huge variation in the treatment that patients receive. We found, for example, that access to cataract surgery for patients falling under Basildon and Brentwood CCG is restricted, while nearby Barking and Dagenham CCG offers the treatment.

Not only does this create inequality for patients, it also undermines NHS England’s drive to assess treatments of limited clinical value. This work, which is clinically-led and based on the available evidence, sets out 17 treatments that are not clinically-effective or are only effective when they are performed in specific circumstances.

By taking apparently random and inconsistent decisions on what procedures to restrict, CCGs are rendering this exercise pointless.

Ration Watch – calling CCGs to account
The Medical Technology Group is extremely concerned by the findings of this research. It has long been our mission to ensure that patients have equal access to medical technology and that treatment should be based on their clinical needs, not their postcode.

We have responded by creating Ration Watch, a campaign focused on highlighting variation in local commissioning. Ration Watch is calling on CCGs across the country to follow national clinical guidelines on commissioning, and to ensure patients receive the treatment to which they are entitled.

Meanwhile, NHS England needs to set clear guidelines on which procedures should be classed as having limited clinical value and where viable thresholds can be applied. A national body, with the power to intervene when unfair policies are being adopted, should also be created to oversee local commissioning practices.

Above all, we want to see CCGs taking a longer-term view that looks beyond the immediate cost of a procedure. Instead, they must consider the longer-term impact on a patient’s quality of life and on wider society while assessing the ongoing cost of treating chronic conditions.

Only then will we see a fair NHS that finally kicks the postcode lottery into touch, improves NHS efficiency, and delivers what patients deserve.