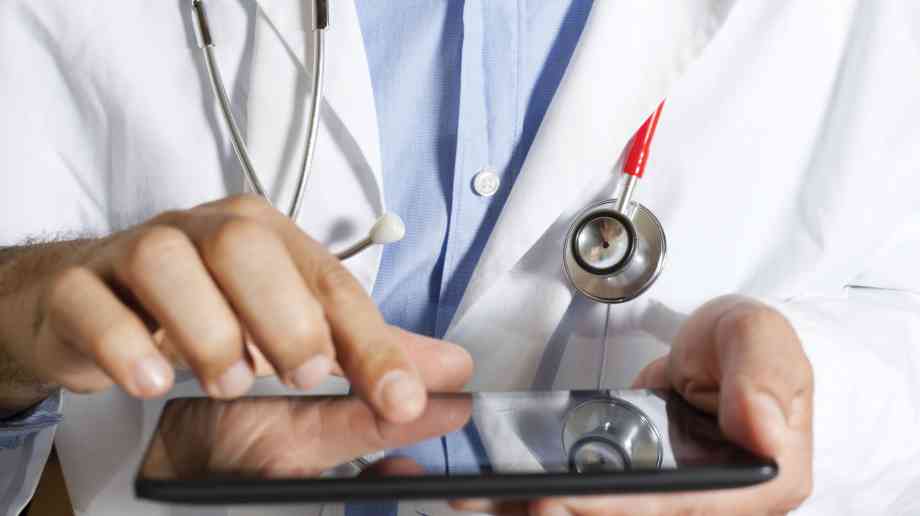 Exploring the potential of The Internet of Things

With the rapid reliance of technology increasing each year, Health Business’ Ben Plummer delves into the The Internet of Things and what it could mean for the NHS in 2016.

The Internet of Things (IoT) is the term used to describe the network of ‘smart’ objects and devices that are connected wirelessly via the internet or bluetooth, with the capability of sharing the data they collect with each other. Although the concept has been around for many years, the advancements in technology in recent times has meant that the potential of the idea has gathered pace rapidly.

The UK population is becoming more and more reliant on the internet as a source of information on their health and well-being – according to the ONS, usage of the internet to search for health related information has more than doubled since 2007 – and as smartphones and tablets have become more and more prevalent in hospitals, as well as wearable technologies becoming readily available to consumers and patients, the issue of how to best utilise IoT in order to improve patient care, cut costs and improve efficiency within the NHS, has been brought to the fore.

There are certain issues, such as how to best integrate primary and social care, and how to become a totally paperless institution without putting vital and established processes that protect patients at risk, that have dogged the NHS for years without a clear or defined solution being unearthed. However, there are steps being taken, and evidence to suggest that 2016 could be the year that IoT becomes a vital factor in helping ameliorate such problems.

What work is being done?
There is a vast array of different ways that IoT could impact the way the health sector works. Fitness trackers, small watch-like wearables that record exercise routines and sleep patterns via the wrist, give a good indication as to the kind of lifestyle an individual lives, though the possibilities have a much larger scope; last year, King’s College Hospital piloted a trial scheme wherein a small number of their oncology patients were given an Apple Watch to use in conjunction with a specialised chemotherapy app that reminds them when to take their medication, and allows them to record any negative symptoms they experience, which are sent directly to their doctor’s mobile device.

Apps are crucial to the future of IoT in the NHS. In the Monitor Deloitte report on Digital Health, released by gov.uk in September last year, the UK app market was forecast to grow 35 per cent by 2018, and in a study of over 1000 people by PushDoctor, 58 per cent of those asked regularly and actively use technology as a means of managing their health. The Monitor Deloitte report notes that the information collected through smart technology can be divided into two categories: low confidentiality data, such as fitness, sleep and activity statistics, and medium to high confidentiality data, which consists of personal health records and clinical illnesses that individuals may be concerned about sharing, but also offer ‘the greatest potential to improve healthcare outcomes’.

What are the challenges?
In many ways, out of all of the industries that could potentially benefit from IoT, healthcare is perhaps the most obvious. Arguably, no other division of the public sector requires such sensitive and personal information, in real time, in order to fulfil its duties to the best of its ability. However, one of the greatest challenges the NHS faces in its adoption of IoT is how to protect itself from the threat of a potential cyber attack.

A recent freedom of information request by Accellion, a US‑based cloud solutions provider, revealed that the vast majority of NHS trusts that provide their staff with, and acknowledge use of, smartphones and tablets in the workplace have no parameters or protocols in place for dealing with potential e-security breaches.

According to the release, patient data is seen to be of more value than financial records to hackers looking to sell the information on the black market, and there is an alarming absence of a ‘formal and recurring training program’ to prepare hospital workers for these eventualities.

Another, more familiar issue preventing full scale IoT functionality within the NHS is lack of funding. Even though in his 2015 budget in March, Chancellor of the Exchequer George Osborne committed £40m towards IoT in general, and promised another £1bn towards technology solely within the NHS in his spending review last winter, the current IT frameworks in place are too out of date, and too inconsistent between cities and the countryside, to facilitate key parts of IoT systems.

A study by the Oxford Internet Institute into the ‘digital divide’ in Britain revealed that 53 per cent of people who live in ‘deep’ rural areas do not have access to a high‑speed broadband connection, which would be an important factor in fully capitalising on the benefits of wearable and remote patient monitoring technologies. It would take a truly nationwide communications infrastructure, with full Wi-Fi capability in order to fully embrace IoT.

Despite the obvious difficulties and costs involved in implementing a network so vast and complex, the government has signalled its intent to move in the right direction. Martha Lane Fox – the entrepreneur who co-founded the travel website lastminute.com, and the person commissioned by Health Secretary Jeremy Hunt to help form the country’s vision for digital health – made a four point proposal to the National Information Board for consideration.

Her recommendations were made ‘in a bid to increase take-up of internet enable services across health and care’. They include free use of Wi-Fi in all NHS buildings, with the specific goal of enabling patients to self monitor their conditions and expanding the use of electronic health records (EHRs); making sure that those most in need of health and social care (who are often the least likely to be engaged with new age technologies) are prioritised when it comes to the introduction of new digital developments; a commitment to improving digital literacy among the NHS workforce; and, most specifically, to have at least 10 per cent of registered patients in each GP practice using a digital service, such as online appointment booking. While the proposal is ambitious, each recommendation made would, in varying ways help advance the sector towards being able to make better use of IoT.

The Internet of Things in healthcare has the potential to empower patients, and give them a voice in the provision of their care, while simultaneously allowing healthcare professionals to improve the quality of care they can offer, as well as improving the administrational aspects of the day to day running of hospitals and GP surgeries. But it will take time, investment, commitment, and patience before we see it become a reality.