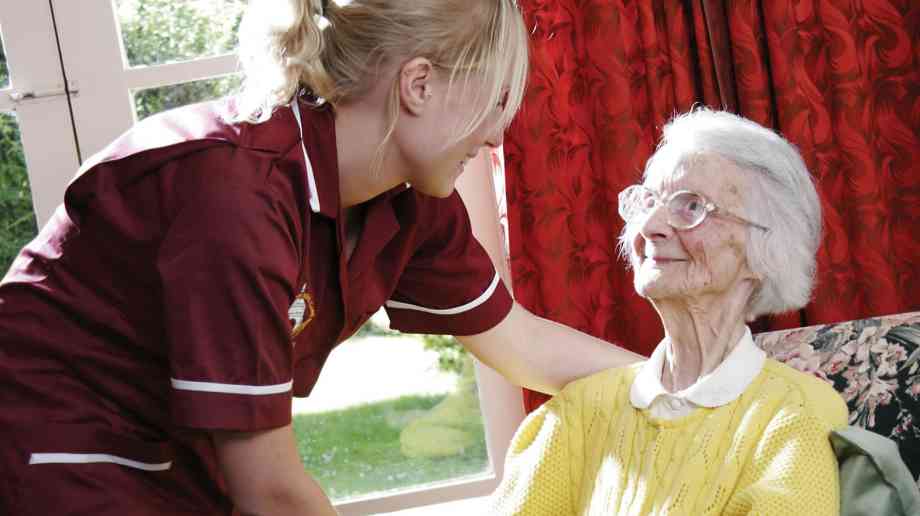 Alzheimer’s Society has recently launched its Fix Dementia Care campaign. George McNamara, head of policy, discusses what can be done to improve the current state of dementia care across the NHS.

Poor care in hospital can have desperate consequences for someone with dementia – and can cost hospitals hundreds of millions of pounds. Although there are many examples of excellent care across the country, a recent investigation by Alzheimer’s Society found a hugely variable picture, with too many people with dementia falling while in hospital, being discharged at night or being marooned in hospital despite their medical treatment having finished.

People are not generally admitted for their dementia, but instead, for falls, broken or fractured hips, urinary tract infections, chest infections or strokes. A significant number of these admissions could be avoided through better support in the community and greater integration of health and social care services. Yet, with adult social care budgets experiencing severe and unrelenting cuts, frail elderly people are increasingly reaching crisis point and being admitted to hospital as an emergency. Between 2008/9 and 2012/13, Public Health England found that the proportion of people with dementia admitted to hospital in an emergency increased by 48 per cent.

Quality of care
To assess the quality of hospital care for people with dementia, we submitted Freedom of Information (FOI) requests to 162 hospital trusts in England and collected first-hand testimonies from people affected by the condition.

We discovered that in one trust, 702 people with dementia fell in 2014-15, the equivalent to two falls a day. Last year 28 per cent of people over the age of 65 who fell in hospital had dementia – but this was as high as 71 per cent in the worst performing hospital trust. Independent analysis has shown that, on average, if a person with dementia falls in hospital they spend nearly four times as long there and the resulting complications increase the likelihood of being discharged into residential care.

The impact of falls can be devastating for people with dementia and their families, but can also result in huge costs for the NHS. In 2013/14 alone, falls in hospital of people with dementia were estimated to have cost the NHS at least £15.9 million. These millions could be invested in staff training and adaptions to the environment, saving people with dementia the trauma of a fall and the resulting complications.

The FOIs also uncovered that last year, in the 68 trusts that responded to this FOI, 4,926 people with dementia were discharged between the hours of 11pm and 6am. In the three worst performing hospitals, four to five people were being discharged overnight per week and only six hospitals didn’t discharge overnight. Discharge at night is considered inappropriate as it is unsafe and disorientating for people with dementia who are less likely to be able to access care and support (e.g. care homes often closed at night).

These incidents are potentially disastrous for people with dementia and their families as well as wasting additional millions of pounds. In 2013/14, it was estimated that emergency readmissions cost the NHS £93 million.

Length of stay was also found to be hugely variable. In the worst performing hospitals, people with dementia were found to be staying five to seven times longer than other patients over the age of 65. In 2013/14, excess days spent in hospital by people with dementia were estimated to have cost the NHS at least £155.3 million. This is a scandalous waste of money which could be far better used supporting people to stay independent and healthy in their own homes.

The figures are stark and show a clear financial need to improve hospital care – but at the heart of the issue is the health and wellbeing of those affected. We asked more than 570 people affected by dementia to share their experiences: 92 per cent said hospital environments were frightening, 57 per cent said they felt people with dementia were not treated with understanding and dignity, and only two per cent reported that, in their experience, all hospital staff understood the specific needs of people with dementia.

Patient Outcomes
One of the most poignant stories came from Geoff, 86, from Dorset, who has vascular dementia. He is cared for by his daughters, Kay and Sally-Ann at his home. Last year he fell down the stairs, injuring his elbow, head, and fracturing his kneecap and six ribs and was rushed to hospital.

Kay and Sally-Ann explained to the paramedics that Geoff had dementia. They told the ward staff, too. They knew all too well that with frequent staff changes and problems in getting access to patient notes they would have to explain to everyone they met that their dad had dementia.

Geoff stayed in hospital for nearly a month, and the care he received was poor. After his first operation he was left to fend for himself for five hours before being moved to a ward.

Kay and Sally-Ann encountered numerous problems with communication while their dad was in hospital. Although they used a ‘This is me’ tool – a folder with Geoff’s likes, dislikes and specific care needs – to help staff understand his condition, this was locked up with his notes, so staff caring for him often didn’t have the information they needed to provide him with appropriate care. Not all staff knew that Geoff needed help eating and drinking, or help going to the toilet. Yet they knew this needn’t be the case as they had experienced the complete opposite when their mum, who had Alzheimer’s disease, had spent time in a different hospital previously.

On a number of occasions, Geoff would prepare to leave and then staff would change their minds. When Geoff was finally ready to go home, the hospital failed to give Kay or Sally-Ann advanced notice despite them repeatedly saying that they would need plenty of warning as they lived an hour away. They found Geoff alone in the discharge lounge with all his medication. He’d started taking all his tablets as they had his name on them and he thought it was the right thing to do.

Getting it right
We recognise that the picture isn’t bleak everywhere – many hospitals are working hard to get it right for people with dementia. In Kingston Hospital, for example, nearly half of patients over the age of 75 have dementia – double the national average. With numbers set to grow, the hospital trust’s first ever Dementia Strategy was approved by its board in January 2014.

Its five-point strategy was developed with patients, carers, staff, voluntary and community groups and reflects all of their needs when caring for patients with dementia. The strategy includes pointers to ensure early diagnosis, excellent clinical treatment and care, active days and calm nights and creating dementia friendly environments of care.

Kingston Hospital NHS Foundation Trust runs therapeutic activity sessions for patients with dementia every day, including painting, listening to music, craft, knitting and jigsaw puzzles. All inpatients with dementia have a forget-me-not flower symbol above their beds so that staff are aware that they have the condition and the hospital now has one of the largest volunteer dining companion schemes in the NHS – with more than 300 people, including non-clinical staff, trained to provide additional help and support at mealtimes.

It’s not easy for staff to look after people with dementia if the right training and procedures are not in place. Memory loss, difficulties with communication and agitation, which people with dementia often experience, can prevent staff understanding the extent of the medical problem and, in turn, offering the appropriate treatment and support. A proper assessment of their needs on arrival is key to someone with dementia receiving appropriate care in a timely way. Many hospitals are not yet set up to deliver this quickly and sensitively, leaving people with dementia waiting in a hectic and distressing A&E department.

Fixing Dementia Care
Motivated by the findings of this investigation, in January Alzheimer’s Society launched a new campaign – Fix Dementia Care. Although we appreciate there is no easy or quick solution to fix dementia care in hospitals, we have developed a series of recommendations to help start a journey of change. We are calling on all hospital boards to publish an annual statement on the quality of dementia care in their hospitals, and Care Quality Commission and Monitor to make the quality of dementia care a priority in their regulation of hospitals.

Putting this information in the public domain will put an end to a culture in which it is easier to find out about your local hospital’s finances than the quality of care you’ll receive if you have dementia. It will allow us to stand together to collectively hold hospitals to account, ensuring the continued improvement of hospital care for people with dementia and better use of NHS budgets.

To find out more about becoming a Dementia Friendly Hospital with the Dementia Action Alliance, visit:
www.dementiaaction.org.uk/dkit