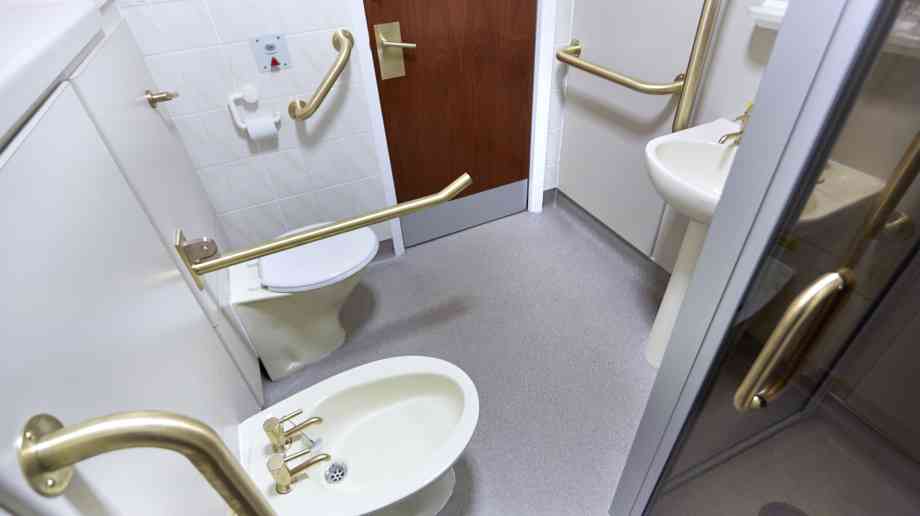 A review paper newly-published in Internal Medicine Review looks at the large body of peer-reviewed literature demonstrating, through laboratory testing and clinical trials, the efficacy of antimicrobial copper in rapidly killing bacteria and contributing to more hygienic hospital environments. This article, contributed by the Copper Development Association, highlights some of the most interesting findings of the paper

It also observes that hand washing and surface disinfection, pillars of infection control, as well as interventions such as UV light and HP systems are ‘episodic or one-time approaches.’ As soon as the decontamination process ends, contamination can immediately begin to accumulate. Copper alloys provide a continuously-active solid surface that can alleviate this problem.

Lab work vs. clinical trials
The paper goes on to compare laboratory versus clinical research, noting that lab tests are conducted under ideal, controlled conditions, with surfaces sanitised before being inoculated with a known bacterial strain. By contrast, clinical samples are taken in hospitals by swabbing component surfaces that may be contaminated with several different species of bacteria. They may also contain residues from cleaning solutions, oil from people’s hands and other chemical contaminants. This underlines the need for both types of research.

Highlights from the review of clinical trial results include a study conducted in a US medical ICU [2], where it was found that 6.5 hours after disinfection, bacterial burden rebounded by 30 - 45 per cent (depending on the type of disinfectant used, in line with the hospital’s standard practice). This underscores that cleaning helps to reduce bacterial burden, but its benefit dissipates within a few hours.

In a subsequent study in the same hospital setting [3], three beds were equipped with antimicrobial copper bed rails, with three standard plastic beds serving as controls. The bacterial burdens on the copper rails were significantly lower than those on the plastic rails, with those on the copper rails approaching the proposed ‘terminal cleaning’ target of just 250 colony forming units per square centimetre. This is the cleaning goal after a room is vacated, prior to the next patient occupying it.

A further example of this ‘halo effect’ is described in a clinical trial that took place in a Chilean paediatric ICU [5], where eight rooms had antimicrobial copper components and eight control rooms were standardly equipped. In addition to significantly reducing local bacterial burden, it was reported that the introduction of copper alloys in the study rooms suppressed the microbial burden recovered from components in nearby control rooms. The paper ‘suggested that this may be a result of suppressed cross contamination’.

In discussing one of the best-known pieces of research, - a multi-centre US study looking at the impact of antimicrobial copper surfaces in ICUs [6] - it quotes the conclusion that introducing only six copper items into each study room resulted in a 58 per cent reduction in infections. These surfaces comprised less than 10 per cent of the room’s total touch surface area.

The cost perspective
The final issue addressed is perceptions of cost surrounding antimicrobial copper surfaces. The review observes that ‘the initial cost of outfitting a copper alloy room may be perceived as an issue. However, the extra cost can quickly be recovered because infections are expensive to treat.’

An example of research exploring this subject is described, based on the number of infections antimicrobial copper could prevent in the ICU environment. Clinical researchers stated that ‘the extra cost of copper components was recaptured in less than two months.’ [7]

Conclusions
In its conclusions, the paper notes ‘there is ample evidence currently available to encourage hospitals and other patient treatment centres to adopt the use of antimicrobial copper alloys as part of their infection control protocols… Antimicrobial copper alloys may also have intangible benefits, such as demonstrating to patients that your organisation cares about their well-being’.

It further observes that the copper alloy components used in the referenced studies were fabricated from 100 per cent solid metal, saying that ‘the copper alloy was not applied as a coating, which can wear off, or introduced as particles in a proprietary plastic matrix that makes up less than five per cent of the surface area.’

A final area of interest is that ‘the greatest potential benefit of wider use of antimicrobial copper alloys to control infection has the potential to inhibit the emergence of new antibiotic-resistant strains.’ Based on reports from the US CDC, the ‘abuse and overuse’ of antibiotics is a major contributing factor in the emergence of resistant bacteria [8]. Also to be considered in this process is the role of horizontal gene transfer, a major cause of the spread of multidrug resistance in bacteria. This is ‘essentially blocked by copper surface killing because the bacteria die rapidly with few to no survivors.’ [9]

The review finishes by saying that ‘consideration should be given to deploying components made from solid metal antimicrobial copper alloys as an additional tool in the fight to reduce hospital-acquired infection.’

A broad range of antimicrobial copper touch surfaces are available from suppliers around the world, in colours ranging from the metal’s familiar red to the variants of its alloys: golden, bronze and even a silver colour resembling stainless steel.

Figures show that NHS Volunteer Responders have reached the 250,000 milestone at the start of Volunteers’ Week.

Over two million' waiting for cancer care in UK

Approximately 2.4 million people in the UK are waiting for cancer screening, further tests or cancer treatment.