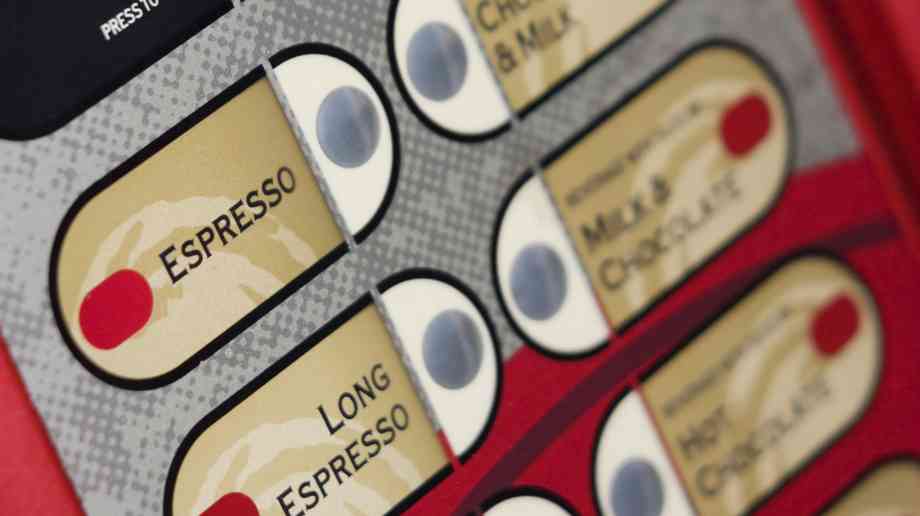 NHS vending machines: where does the conflict lie?

At the start of October, NHS England chief executive Simon Stevens warned that sweet and chocolates sold in hospitals should be 250 calories and under. Here, Health Business looks at price promotions and advertising of unhealthy foods on hospital premises, and more importantly how the vending industry is adapting to these changes

With vending machines in the UK selling over 13 million food and drink items everyday – equating to 93 million a week – NHS England has strongly voiced concerns over the need to fight obesity, diabetes and tooth decay within NHS premises. Simon Stevens, chief executive of NHS England, recently warned that confectionary and sweets in hospitals should be 250 calories, following his earlier announcement in April that leading retailers such as WHSmith and Marks & Spencer had agreed to voluntarily reduce sales of sugary drinks to 10 per cent or less of their total drinks within hospitals over the coming year.

Although the National Institute for Health and Care Excellence (NICE) had recommended in September last year that no more than 20 per cent of vending machine drinks should be sugar-sweetened and that sweetened drinks should be sold in sizes no greater than 330ml, only two of 62 trusts responding to a survey from the Observer have followed these guidelines: Sandwell and West Birmingham Hospitals NHS Trust and Bolton NHS Foundation Trust. Vending machines at Nottingham University Hospitals NHS Trust, on the other hand, offer 19 different varieties of sugary soft drinks or juice drinks, outnumbering the sugar-free alternatives.

Tam Fry, from the National Obesity Forum, said hospitals were giving out ‘entirely the wrong message’, adding: “They’re stoking up business for themselves; particularly with obesity and diabetes, you don’t want to see more of them [patients]; you want to see fewer. One of the ways to see more is to ply them with sugary drinks.”

Freedom of Information requests have shown that many trusts are flouting NICE’s recommendations, while all 76 of the Observer’s respondents said they sold a range of confectionary and salty snacks, yet half were failing to offer plain dried or fresh fruit. For example, Epsom and St Helier University Hospitals, Barts Health and Redbridge University Hospitals NHS Trust are just some of the trusts selling ‘grab bag’ sizes of crisps or packets larger than 30g, which goes against the government’s Buying Standards Good Practice guidelines for all sites in the UK government estate.

Lower sugar, lower salt and lower fat
The Automatic Vending Association (AVA), the trade body of the vending industry in the UK, also drafted guidance in the winter of 2016/17 for members of the AVA based on government guidance and on the practical experience of operator members. Vending lower sugar, salt, fat and calorie products provides general guidance to vendors, including that operator companies should carry out a sampling for clients who wish to increase the range of products, and that consumers buy taste not health so it is best to have a wide range of products.

The guidance suggests providing lower sugar, lower salt and lower fat options such as baked and vegetable crisps and popcorn, and bagged snacks and bars not covered with chocolate. It recommends including a number of products with no red indicators on the nutrition information label, and using unsalted varieties of nuts. A diagram of a ‘healthier’ vending machine is also provided by the AVA, which suggests alternative drinks and snacks for consumers. These include packs of dried fruit, baked and vegetable crisps, popcorn, lower sugar cereal, seed or fruit bars, confectionary with less than 250 calories, portioned fruit, and sandwiches with lower fat or lower salt options. Drink choices include water and flavoured water, small packs of juice, juice drinks with 50 per cent juice, long life milk drinks, and diet versions of carbonated drinks. The food vendor can also have yoghurt and drinking yoghurt.

The AVA’s guidelines also refers to the Good Practice guidelines, including that: savoury snacks should only be available in pack sizes of 30g or less; confectionary and packet sweets snacks should be in the smallest single serve portion size available in the market and should contain no more than 250 calories; all sugar-sweetened drinks should be in packs no bigger than 330ml; and no more than 20 per cent of the drinks purchased by the organisation may be sugar sweetened. Additionally, no less than 80 per cent of the drinks in the machine may be low calorie or no added sugar.

The NHS England guidance on Commissioning for Quality and Innovation (CQUIN), included in the AVA guidance, also bans products high in salt, fat and sugar from checkouts, bans price promotions on such products and bans the advertising of these products on site. Since NHS England understands that the quality of food on offer does not just affect patients and visitors, but also hospital staff, and especially those working late shifts when alternative options are not available, another of its requirements is that healthy options are available at any point for people working night shift.

Whilst the AVA points to Scotland’s Healthyliving Award and Healthyliving Award Plus, as well as the Welsh Assembly’s guidance on healthier vending as part of their Change4Life programme, which both attempt to deliver healthier food and drink in hospital vending machines, it notes that neither the Northern Ireland Department of Health nor the Isle of Man Department of Health and Social Care have specific guidelines on vended food, demonstrating that vending machine contents have not been prioritised nationwide.

Healthier options for patients
Similarly, although other measures have been taken by the government to tackle the distribution of unhealthy food and drink in hospital vending machines, such as implementing a sugar tax that comes into effect in April next year and rewarding those who make further efforts with financial incentives, more work needs to be done to ensure vending machines in hospitals are supplying ‘healthier’ options for patients, visitors and staff. Following a two-month pilot of different types of sugar policies at four hospitals that showed positive results recently, Simon Stevens announced a formal consultation proposed to cut obesity and reduce the sales and consumption of sugary drinks sold in hospital. The 10-week consultation seeks views on levying a fee for any vendor of sugar-sweetened beverages on NHS premises, as well as views on an outright ban on certain products now being sold in hospitals. The formal consultation, although complementary to the government’s proposed sugar tax, begins sooner, in 2017, and closes on 18 January.

Announcing the consultation at the ukactive National Summit this year, Stevens said: “Confronted by rising obesity, type 2 diabetes and child dental decay, it’s time for the NHS to practice what we preach. Nurses, visitors and patients all tell us they increasingly want healthy, tasty and affordable food and drink options. So like a number of other countries we’re now calling time on hospitals as marketing outlets for junk food and fizzy drinks. By ploughing the proceeds of any vendor fees back into staff health and patient charities these proposals are a genuine win/win opportunity to both improve health and cut future illness cost burdens for the NHS.”

Although much of the public is in favour of the ban, and make the argument that alcohol and cigarettes, which are damaging to health, are not sold in hospitals so neither should sugary food and drink be, the argument that patients who have diabetes, are at risk of becoming underweight, are undergoing chemotherapy etc. will be disadvantaged as a result of the ban is also a prominent one. What the NHS should and need to realise is that a ‘healthier’ option for one patient may not be healthy for another, and this is where the conflict lies.