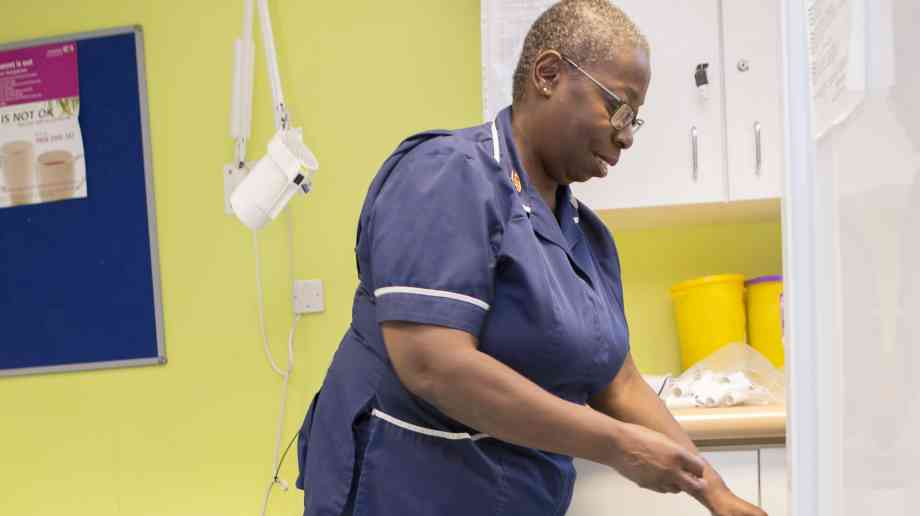 Nursing the workforce back to full strength

The recruitment and retention of an adequate supply of nurses is currently a hot topic in the healthcare sector. The QNI’s Charlotte Bevan discusses the findings from its report into the challenges affecting the general practice nursing profession.

The Queen’s Nursing Institute (QNI) recently launched a major new report on the general practice nursing profession. The report General Practice Nursing in the 21st Century: A Time of Opportunity is based on an online survey completed by over 3400 general practice nurses (GPNs) during 2015. It summarises some of the key challenges affecting the profession today and it is the largest and most up to date survey of GPNs.

In the study, the QNI has sought to create a snapshot of the role of the general practice nurse in 2015, based on the perspectives of the nurses themselves. The study was inspired by the 2020 Vision reports that the QNI published in 2009 and 2014, which focused on the work of the district nurse (DN). Those studies highlighted the particular challenges facing district nurses, which have led to specific policy responses from the QNI and other healthcare organisations, which are still ongoing. The QNI wished to replicate this work to highlight the unique challenges facing general practice nurses, who undertake very different work and whose employment structure is completely unlike that of their DN colleagues.

Headline findings of the survey can be grouped into three categories, workforce, education and employment.

Workforce
Regarding workforce, the report found: 33.4 per cent of General Practice Nurses are due to retire by 2020; men are under‑represented, comprising only two per cent of the general practice nurse workforce; 43.1 per cent of GPNs did not feel their nursing team has the right number of appropriately qualified and trained staff to meet the needs of patients; and at the time of the survey, 78.8 per cent had considered preparation for NMC re-validation.

These findings highlighted the pressing issue of workforce, with more than a third of current GPNs due to retire by 2020. This situation is generally well known by individual employers who are finding it increasingly hard to fill nurse vacancies in their practices. However, this report provides employers, service and education commissioners with conclusive data on the challenges of succession planning for the GPN workforce and the need to develop a robust strategy which will enable the workforce to be replaced with competent practitioners as the current workforce retires.

When thinking about the skills of their current nursing team participants commented: “Increasingly we are working with patients with multiple health conditions who previously would have been cared for within a secondary care setting. We need to upskill GPN’s, recognise this as a specialist arm of nursing and remunerate appropriately with consistency across the profession around titles, competencies and education.”

On training the current and future workforce, one respondent commented: “I think we need to consider some general foundation training for new practice nurses and we need to encourage practices to engage with student nurse placements. It is only by focussing on these things that we can ensure we have a future workforce fit for purpose.”

Employment
Relating to employment, the key statistics were: 22.8 per cent of nurses working in general practice have two jobs; 32.6 per cent of general practice nurses reported working evening sessions (after 6pm) and 18.5 per cent work weekends; over 38.3 per cent indicated that they undertook visits to patients at home; only 35 per cent felt that their salary reflected their role within the practice; salary and other terms and conditions such as annual leave entitlement vary widely.

When asked if salary reflects their role, the majority of participants disagreed, for example one respondent commented: “Not at all. I am a supplementary and independent prescriber and my salary compared to that of my peers who work in secondary care with the same qualification is much less. I work very much in isolation and am often the only clinician on the premises which carries a great deal of autonomy and responsibility.”

Whilst evening and weekend work may reflect the opportunity for flexible working, some respondents raised concerns about working unsociable hours, for example: “GP nurses are often very good nurses that have opted for this work because of the hours. If they are forced to work unsociable hours we may well lose some of them from the NHS.”

Following the report’s findings, Dr Crystal Oldman, QNI chief executive, commented: “This survey validates the role of the general practice nurse and the support provided by nurses in general practice at every point during a person’s life, from infancy, childhood, adolescence and adulthood, to middle and older age. They are a vital part of the healthcare system in every part of the UK.

The findings of the survey indicate some major challenges and opportunities which need to be addressed. The role of nurses in general practice is expanding rapidly, and many of today’s nurses are now undertaking roles traditionally the reserve of GPs. There is a huge opportunity for increased investment in the general practice nurse workforce, to build the capacity of primary care, move more care to the community and closer to people’s own homes, and ease the pressures on A&E.

“The survey findings will be useful to policy makers and workforce planners as they explore new models of care and meet the challenges of an older population with multiple and complex healthcare needs. The number of nurses planning to retire should be of major concern and we need to ensure that enough nurses are attracted to the profession so that patients can continue to receive high quality nursing care for themselves and their families when they attend the GP’s surgery.”

Actions to be taken
Overall the report provides a clear and detailed illustration of the current challenges being experienced by the general practice nurse workforce. It provides a picture of a highly skilled nursing workforce, enjoying their work with local communities and colleagues, but understanding that there is much that needs to change to both plan for the next generation of nurses who are needed in general practice and to support those who make up the current workforce in primary care. With more than 3,400 respondents from across all geographical areas, there can be confidence that the data presented here are broadly representative of the general practice nurse population in the UK and the QNI has called for co-ordinated actions to be taken to address the issues identified in the report.

Secondly, the QNI believes that a robust workforce plan should be implemented nationally, regionally and locally to determine the numbers of GPNs (including NPs) required, to facilitate the development of the next generation of general practice nurses to meet the health needs of local populations.

The fifth action proposed by the QNI is for more structured support for those who are new to general practice nursing, including mentorship or preceptorship and appropriate support for skills development, and the sixth is to give more consideration to the terms and conditions of the GPN workforce at a local level to ensure that they are commensurate with the scope and responsibilities of the role - this may include a benchmarking exercise locally, regionally and nationally.

To support nurses who are new to general practice, the QNI launched a free online learning resource in January 2016, ‘Transition to General Practice Nursing’, based on the knowledge and expertise of nurses and educators working in the profession.

Throughout 2016 the charity will also work with QNI Scotland to produce new Voluntary Standards for General Practice Nurse Education and Practice, which will enhance the existing Nursing and Midwifery Council specialist practice standards for general practice nursing.

The QNI is a charity which was founded in 1887 and originally trained district nurses to treat patients in their own homes. Today it offers a wide range of support to all nurses who work in the community, through financial assistance and educational grants, policy work, campaigns, events and publications. The QNI strongly believes that high quality nursing should be available for everyone, where and when they need it. The title of Queen’s Nurse (QN) was reintroduced by the charity in 2007 and general practice nurses are eligible to apply for the QN title.