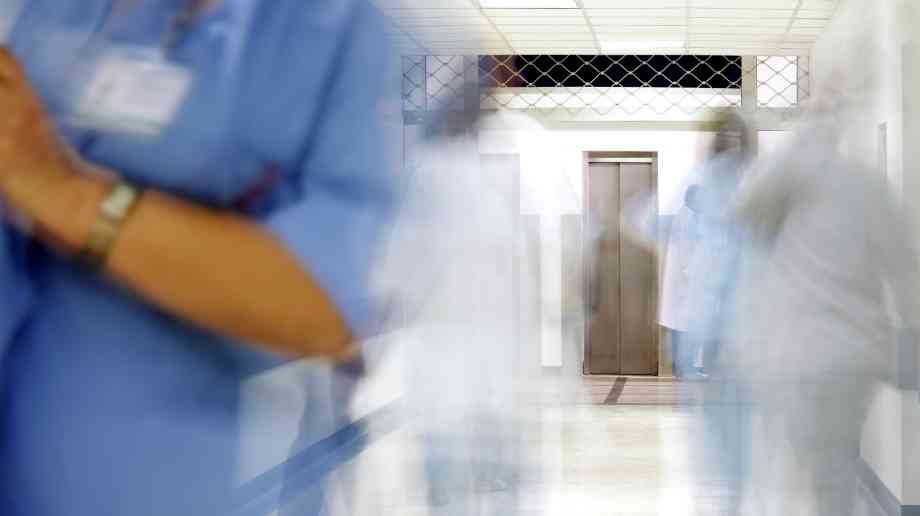 Health workers face a variety of threats to their safety on a regular basis. Bob Street, a security management specialist and member of the Institution of Occupational Safety and Health, examines how the risks can be managed

Incidents and offences against NHS staff occur across all areas, including emergency departments, acute wards, outpatients and the ambulance service, as well as in primary care and the GP arena. On a daily basis, staff across the board are faced with issues such as threats of violence, verbal abuse, harassment and physical assaults. All of these are demoralising and detrimental when we are trying to encourage a safe and secure working environment. It is worth noting at this stage that verbal abuse and assaults are not always committed by patients on staff members. Often they are committed by relatives, carers and friends of patient. But no matter who they are committed by, they leave the staff members feeling threatened and abused.

Preventative tools
In order to reduce incidents and to give staff the abilities and tools they require, there are a multitude of methods that can assist. The more obvious methods include physical security devices and building layout. When considering security devices, examples are access control, CCTV and alarms. Building layout includes effective laying out of rooms. For instance, it is important that a staff member should be closest to an exit door, to allow for a quick, clear escape if they find themselves in a situation. However, while it is important that such measures are taken, it is equally vital that they are used. This is where training and other methods prove to be useful.

There are occasions where staff, without thinking of the consequences, will override security arrangements such as leaving access control doors propped open, writing door codes next to coded locks and not ensuring areas, cupboards and changing rooms are secured. All of this can render security systems redundant. Through by-passing such devices we lend ourselves to breaches of protocol, putting staff and service users at risk, endangering people, resources and creating an insecure environment. It is vital, therefore, that strong communication is used to get across the message of why the systems are in place. It is essential that where incidents are prevalent within an organisation that other mediums are considered. This includes appropriately trained, equipped and motivated security staff. All staff must be able to de-escalate a situation when faced with it. With this in mind, the use of Conflict Resolution Training (CRT) is a perfect first step to providing staff with the skills and tools to be able to recognise when a situation which threatens their safety is likely to occur and how they may de-escalate it.

The five objectives within the training must be considered as directed by NHS Protect: to provide a summary of the role of the Security Management Specialist (SMS), local anti-crime roles and security management work in the NHS; to provide an illustration of what constitutes conflict, how it arises and, using personal experience, how to be effective in reducing the risk of conflict occurring; to explore the role of communication in conflict and how to use it effectively; to outline the procedural, environmental and legal context of violence in the workplace; and to explain what is required of individuals and organisations after a violent incident and the support available to those involved. In terms of tackling violence against staff, CRT is a key preventative tool. It forms part of a range of measures introduced to make the NHS a safer place to work. Clearly, it is not sufficient to react to incidents after they occur; ways of reducing the risk of incidents occurring and preventing them from happening in the first place must be found.

Reduction in incidents
Compared with over a decade ago, there has been a reduction in the number of incidents of assault on NHS staff, which is good news. In 2002-03 there were 116,000 assaults on NHS staff reported to the national audit office. This reduced to 57,830 in 2010-11. However in 2015-16 it increased to 70,555, of which 52,704 involved medical factors. This means there were medical reasons behind the incident, such as the patient had a mental health issue or a patient lashed out while coming round from anaesthetic. Being able to work in a safe and secure working environment is of paramount importance, not only for your personal well-being, but also to ensure that the highest standards of clinical care can be made available to patients.

Tackling violence against staff and professionals working in the NHS is a key area of specific action for the SMS. Although various reactive measures have been put into place to deal with incidents of physical and non-physical assaults, the National Syllabus of Conflict Resolution has been developed as a preventative measure to assist frontline staff and professionals to deal effectively with incidents of violence or aggression in the workplace. This training will help you to develop effective responses to diffuse and deal with potentially violent situations and will help provide vital skills that will enhance your safety at a time when you may desperately need them.

An example case
Mrs A, a receptionist at a trust in the UK, had recently attended a Conflict Resolution Course. She thought to herself that the next time she was faced with a conflict situation she would see if it really works. It wasn’t long before Mrs A was indeed faced with a situation. She found herself being confronted by a very irate and aggressive man, Mr X. He was late for his appointment time due to ‘useless public transport’ but demanded he still be seen. Mrs A, using a reasoned approach, explained that time slots are important and that there is a possibility that he would have to be rebooked or wait to be seen. Mrs A was then subjected to a diatribe of abuse and foul language, Mr X saying that he was a taxpayer and had every right to be seen. Mrs A remembered a technique from the course and applied a reasoned appeal methodology and recognised that her attitude and behaviour could be replicated by Mr X. She ascertained that Mr X could indeed be seen as a slot had been made available because someone hadn’t arrived for their appointment. She followed this up by explaining to Mr X and a suitable resolve was gained.

Key points
There are some key points to be taken from the training and from Mrs A’s example. A member of staff should remain professional and: become more confident about dealing with violence and aggression by identifying types of behaviour and triggers to violent aggressive behaviour; know the health and safety issues regarding violence and aggression in the workplace; recognise and understand how their own body language and methods of communication can affect others; and realise that defusing and de-escalating situations are by far the best way of dealing with potentially violent or aggressive situations.