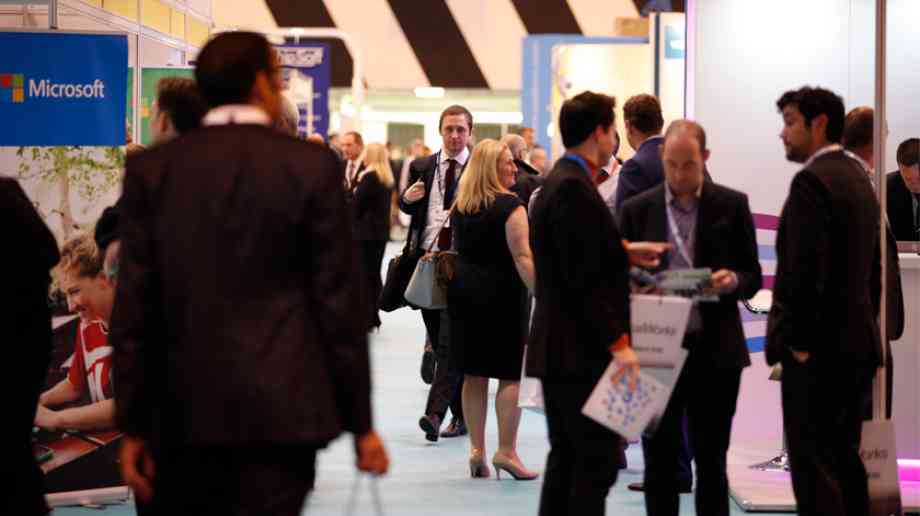 Seizing the opportunity at EHI

EHI Live 2016, taking place on 1-2 November, promises to be perfectly pitched to showcase technology solutions that will address the key concerns of commissioners and clinicians.

It will highlight programmes such as the NHS Innovation Accelerator which will encourage people to think about how they can optimise outcomes and make savings within the constraints of the NHS budget. But it will also address commissioners’ concerns about the implications of the increased use of technology: the impetus for integrated working means increasing data sharing across care settings, so there is a need to ensure the best data security systems are in place.

That’s why EHI Live 2016 will have cyber security as one of its six core themes in November. Earlier this year, the Health and Social Care information Centre (HSCIC) - soon to become NHS Digital - introduced the Cyber Security Programme (CSP) with the Care Computer Emergency Response Team (CareCERT) Project. Its main purpose is to ‘offer advice and guidance to support health and social care organisations to respond effectively and safely to cyber security threats’. Such is the size of the threat across all parts of government that the Chancellor made provision for £1.9 billion in the December 2015 Spending Review to protect Britain from cyber attack and to develop its sovereign capabilities in cyberspace.

Within healthcare, the increasing level of cyber attack is becoming apparent. Digital Health has reported on a number of incidents that have impacted on patient care including a ransomware attack with a virus locking down internal files, and an XP virus affecting emails which forced a trust to postpone operations.

Security is a concern for patients, too. HSCIC data noted that as of June 2016, ‘2.2 per cent of patients in England (around one in 45) have opted out of information that identifies them being shared outside of the HSCIC for purposes beyond direct care’. There were also 1.5 million instances of patients opting out of information sharing, preventing their records from being shared outside the practice for purposes other than direct care.

Visitors to EHI Live will have the opportunity not only to discuss how CareCERT is supporting organisations to prevent and respond to cyber threats, but also how cyber security exists within the healthcare cloud, and its impact on the rest of the IT infrastructure. It will also analyse the costs of safeguarding digital applications.

Investing in technology
It all fits within a significant period of change with regards the approach being taken in the NHS towards investing in technology. Simon Stevens, NHS England’s chief executive, has indicated that despite, or because of, funding pressures, the NHS approach to new technology will be ‘energising and exciting’.

Stevens told the NHS Confederation in June that capital is ‘incredibly tight’ and the existing plans to redesign care may face significant financial pressures. Although there is a commitment in the Five Year Forward View to increase funding, ‘a lot of that extra purchasing power is back-ended towards the 2019, 2020 period’.

That said, the groundwork is being laid now and there are already some great opportunities. Back in January, NHS England announced the NHS Innovation Test Beds. Working in partnership with organisations such as Verily (formerly Google Life Sciences), IBM and Philips, the scheme is focusing initially on care for older patients, people with long term conditions and mental health patients.

Frontline health and care workers are being encouraged to ‘pioneer and evaluate the use of novel combinations of interconnected devices such as wearable monitors, data analysis and ways of working which will help patients stay well and monitor their conditions themselves at home’.

In May, NHS England published ‘Securing Excellence in GP IT Services: Operating Model 3rd edition (2016-18)’. This latest edition ‘includes expanded core and mandated GP IT requirements – making it clear what general practice should be able to expect from IT service delivery arrangements, together with driving digital adoption through maturity assurance, providing a new maturity assurance framework to assess progress towards digital adoption – the Digital Primary Care Maturity Assurance model’.

Then in June, the NHS Innovation Accelerator (NIA) opened another round of applications, inviting healthcare innovators to address the challenges around prevention, early intervention and LTC management.

Stevens wants to see innovations that will make a difference ‘diffused much more quickly, much more widely’. And from April 2017, he announced that ‘a piece will be added to the national tariff system specifically for new med tech innovations that have been shown to be cost-saving or help patients with supported self-management’.

This ‘information and technology tariff’ will ‘accelerate uptake of new medtech devices and apps for patients with diabetes, heart conditions, asthma, sleep disorders, and other chronic health conditions, and many other areas such as infertility and pregnancy, obesity reduction and weight management, and common mental health disorders’.

There is no reason, therefore that EHI Live will not be able to capitalise on the opportunities being presented.

How EHI Live is responding
EHI Live is now in the second year of management by the Informa Life Sciences Exhibitions team, the people behind Arab Health, the world’s second largest medical event. Names already signed up for EHI Live 2016 include: Philips; Dell; EPIC; Intersystems; Imprivata; Cerner; GE; Siemens; SystemC; TPP; and Lexmark. NHS Digital will have a significant presence, in part to help establish itself following its rebranding from HSCIC to clarify its role as the national information and technology partner for the health and care system.

Like cyber security, the mental health conference is another new conference for 2016. Long a Cinderella subject for the NHS, mental health has been given much greater attention in the recent NHS reforms. Steven’s speech in June gave it due prominence, saying that savings being made in other parts of the NHS will be used to increase the spend on mental health services and community services, and implement the recommendations of the mental health task force.

In terms of changes to the format, Josué Paulos, EHI Live exhibition manager, said that ‘the biggest and most exciting change to EHI is the layout of the exhibition with purpose built theatres on the showfloor to better connect the leading content with leading solutions providers and to allow better networking’.

He added: “We are happy to be offering the CIO and CCIO conferences once again which will bring those senior decision makers back to EHI Live. And for the first time, the UK Clinical Research Collaboration will be hosting a closed meeting at EHI live which will bring up to 150 clinicians to EHI.”

The UKCRC was established in 2004 ‘with the aim of re-engineering the clinical research environment in the UK’. It brings together the major stakeholders that influence clinical research in the UK - research funding bodies, academia, the NHS, regulatory bodies, and industry covering bioscience, healthcare and pharmaceuticals industries, as well as patients.

Getting good value
The changes are being introduced in response to feedback from the 4,000 exhibitors and visitors at the 2015 show. It’s clear that EHI Live is regarded as one of the UK’s big three e-Health must attend events. More than nine out of 10 (91 per cent) exhibitors said EHI Live was successful in meeting their overall objectives, with 86 per cent saying the show generated promising new leads for their business. A similar number (88 per cent) rated the quality of visitors as very good and 93 per cent said they intended to come to the 2016 show.

More than two thirds of visitors said the main reason for attending the event was for networking and industry updates. One of the networking innovations introduced in 2015 will be returning - the Big Red Bus bar, creating an informal but eye-catching networking area.

Exhibitors will have a wide range of sponsorship and speaking opportunities. This will include ‘The Pipeline’, 30-minute supplier-led presentation sessions with details publicised on the EHI Live websites, in the show guide and on- site signage.

One of the big themes at last year’s event was the ambition of a paperless NHS by 2018. In April, the results of the digital maturity self-assessment for secondary care providers was published. The data suggests that while the majority of organisations are well over half way in their readiness, most organisations believe their capabilities still have a long way to go.

Paul Rice, Head of Technology Strategy in the Digital Health team in NHS England, has said that the results reflect that ‘while it’s necessary to have all the technology available, it is far from sufficient to ensure benefits are being optimised’. It clearly presents a picture of opportunity.

Paulos comments: “With the recent changes with NHS England and the establishment of NHS Digital, this is the event to be at to learn first-hand the priorities and projects that lie ahead.”

Don’t forget the Awards
A little over a month before EHI Live are the EHI Awards, regarded as the flagship awards event within the UK’s healthcare IT calendar. Celebrating its 10th anniversary, the gala event takes place on September 29 in London.
It will bring together more than 700 of the country’s top IT and clinical professionals from the NHS along with supplier companies hosting their customers. The evening provides an excellent opportunity to network with industry peers in sumptuous surroundings on an evening of celebration.

She said: “We have experienced high volumes of enquiries from the healthcare sector wishing to discuss our involvement in the project. Our experience with the EHI Awards team has been excellent, and the awards have really ensured that the right people are hearing about the innovative work we are doing.”