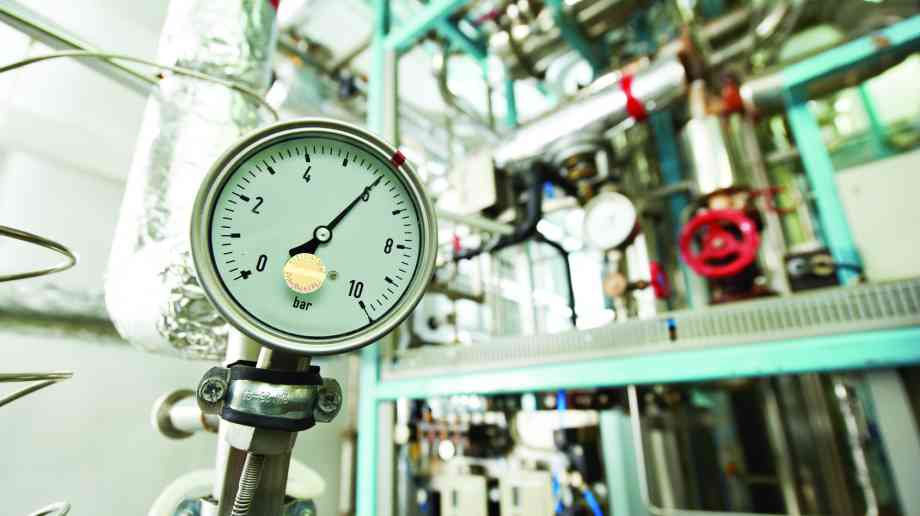 Setting a standard in sustainability

The environment in which people live and work, has a key influence on their health. The Health Business sustainability Top 10 recognises the NHS organisations that have made progress towards sustainability through the smarter use of energy, transport and waste management in order to strive towards a reduced impact of healthcare facilities on the environment.

1 - Central Manchester University Hospitals NHS Foundation Trust
As part of a trust-wide priorities pledge, Central Manchester University Hospitals NHS Foundation Trust has highlighted the ways in which it can reduce its carbon footprint through technology and staff behaviour change. As part of the Green Impact programme, the hospital has seen sustainable initiatives across the organisation’s department, ranging from upcycling waste to switching off equipment. With 69 teams and 1,824 staff involved, the trust is seeing reductions in its energy, waste and water bills, with sustainability becoming core to all department activity.

Among the results, sharps waste has been reduced by a third in surgeries while the trust plans to save £1 million by educating staff on the simple effectiveness of switching off lights in unused rooms and corridors and closing windows. By handing the environmental responsibility over to individual teams, the trust has seen green initiatives gain immediate support, with 96 per cent of its staff rating the Green Impact scheme as good or helpful.

The Central Manchester University Hospitals NHS Foundation Trust was also the overall winner at the 2017 NHS Sustainability Awards, winning in the carbon and waste management categories, and being commended in the workforce development, travel and energy categories.

Covering 3,200 miles and including 50 stations, 140 emergency care ambulances, 250 patient transport vehicles and 57 rapid response vehicles, the trust faces a number of challenges for managing healthcare waste. To reduce the 18 tonnes of healthcare waste it produced annually, the trust made savings of £12,000 by joining the Northern Consortium healthcare waste contract and providing designated NEAS healthcare bins, meaning staff no longer have to return to base to dispose of their waste ,reducing time and carbon omissions.

By using LED lighting and renewable power in the form of solar panels, installation of combi boilers and updating the hospital heating systems, the trust has reduced electricity and heating costs significantly. The trust also gained Waste Saver Gold Standard, along with Water and Carbon Saver Standards in August 2016 which helped reduce 108 tonnes of CO2 emissions in 2013/14 to 36 tonnes in 2015/16.

3 - Barts Health NHS Trust
Since 2013, as part of an initiative named Operation TLC, nurses, doctors, facilities, security and cleaning staff have taken three simple actions: T – turn off equipment when not in use; L – switch off lights where possible; and C – close doors and windows. Their efforts have resulted in £428,000 saved each year, 1,900 tonnes of CO2 saved annually and a 38 per cent reduction in patients asking nurses to change the room temperature.

It is predicted that if the measures were adopted by all trusts, it would save the NHS £35 million a year. Barts Health NHS Trust were the recipients of a 2016 Health Business Award, recognised in the Environmental Practice category for its Cleaner Air for East London programme. Running until last year, the initiative aimed to improve the health of those who work and live in East London by reducing their exposure to air pollution and reduce emissions from hospital sites and the surrounding communities. By the end of last year, it had seen 6,000 air pollution pack deployed and 100,000 people reached with key air pollution messages in East London. 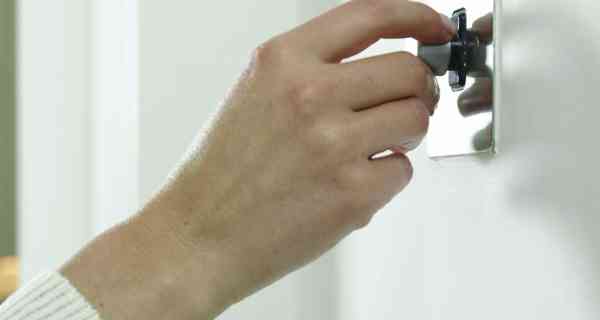 Public investment raised the required £335,600 enabling the installation of 1000 solar PV panels on hospital roofs. An agreement between SSCEL and UNHM means cheaper energy for the trust, saving £600,00 over the life of the project and the solar energy Feed-in-Tariffs facilitates a return for investors and a ‘Community Fund’ for Beat the Cold (£300,000 over the life of the project).

5 - Nottingham Healthcare NHS Foundation Trust
Nottingham Healthcare’s saw the trust with a local supplier to develop a range of low cost menu options produced from what was technically ‘food waste’, which would otherwise have been destined for landfill. The project has been delivering significant savings - for example, the Broccoli and Stilton soup now uses broccoli stalks instead of the florets, creating an 85 per cent cost saving.

Nottingham Healthcare NHS Foundation Trust has also recently been recognised for Adiabatic cooling system, which regulates the temperature within the trust’s data centre at Rampton Hospital, where computer servers used for storage, processing and distribution of large amounts of data are housed. The system uses ‘free cooling’ rather than refrigerant gases, which is more sustainable from an environmental, as well as financial point of view. The adiabatic cooling solution is expected to deliver an annual energy cost saving of over £30,000.

6 - Shrewsbury and Telford Hospital NHS Trust
In March this year, Shrewsbury and Telford Hospital NHS Trust put forward proposals to make Shropshire’s two acute hospitals smoking-free areas by the end of the year. This is part of a mission to help the people it serves become the healthiest half million on the planet - ‘a bold statement to make, but one we should aspire to achieve’.

The trust has also made its trust board meetings paperless, and after re-branding its bicycle user group, now known as Greener Travels, it grew from six members of staff to nearly 200. The trust now has up to 80 members of staff cycling to work every day after encouraging sustainable and active travel by introducing 16 new cycle shelters on hospital sites and the creation of new male and female shower and changing areas.

7 - University College London Hospitals NHS Foundation Trust
Deemed as ‘leaders in its field’, University College London Hospitals NHS Foundation Trust (UCLH) has been awarded the Carbon Trust Standard for Water in recognition of the work it has done to measure, manage and reduce water use, which, added to the awards for waste and carbon reduction which it already holds, makes the trust the only NHS trust to hold all three quality marks.

UCLH has received particular praise from the Carbon Trust for having clear lines of responsibility for water management and for excellent staff engagement activities. On top of this, the trust plans to continue taking more regular meter readings, allowing anomalies in use to be quickly identified and acted upon. This is helping the trust lower the amount of water it is using year-on-year. In 2015/16, UCLH used 236,500m3 of water. 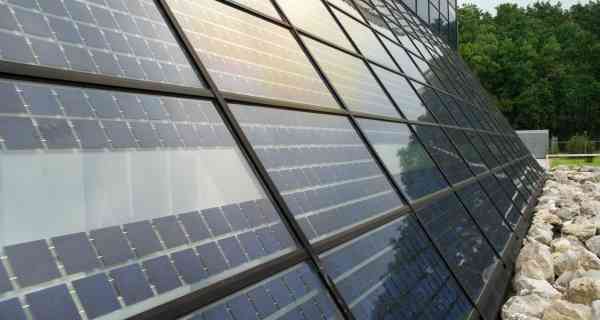 8 - Guys & St Thomas NHS Foundation Trust
Guy’s and St Thomas’ NHS Foundation Trust is one of the best known teaching hospitals in London, serving over one million patients a year and employing 12,000 staff. The trust’s recycling rate has increased from 38 per cent in 2013/14 to 56 per cent in 2015/16 thanks to innovative schemes to make the trust more environmentally friendly, including 4,800 litres of used cooking oil from catering services being supplied every year to Uptown Oil, a local company which blends it to make biofuel to power black cabs and buildings.

In 2016, the project to reclad the East Wing at St Thomas’ Hospital won an award for Sustainable Development at the Building Better Healthcare Awards. An innovative and sustainable solution has encased the 13-storey tower in a glazed façade, weatherproofing it and improving energy efficiency.

Guy’s and St Thomas’ was also highly commended in three categories of the 2017 NHS Sustainability Awards for food, finance and leadership. This is in recognition for the catering team’s drive to increase food waste recycling and their efforts to prepare sustainable food for patients, which resulted in the trust earning the Soil Association’s Food for Life Catering Mark bronze award, and efforts to cut costs and improve waste management.

9 - Newcastle Upon Tyne Hospitals NHS Foundation Trust
The catering team at the Freeman Hospital, part of the Newcastle Upon Tyne Hospitals NHS Foundation Trust, became one of the first organisations in the UK to receive the Green Kitchen Standard for sustainability in June. The certification was awarded to the catering department after an assessment of its ability to maintain good environmental management, including how they manage water and waste in their operations.

This was also recognised at the 2017 Sustainability Awards, where the trust won in the food category for its efforts to provide the best food available and working with chefs to create a menu which encourages the use of local, organic, Fairtrade and meat-free meals.

The same awards ceremony also highlighted the trust’s initiatives to limit water consumption in its hospital buildings. Sustainable urban drainage at the Brunel building of Southmead Hospital led to a 25 per cent reduction in water consumption. 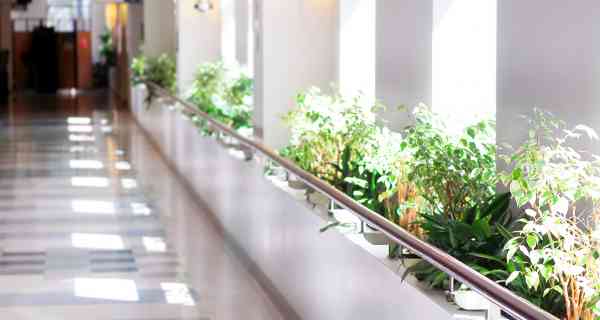