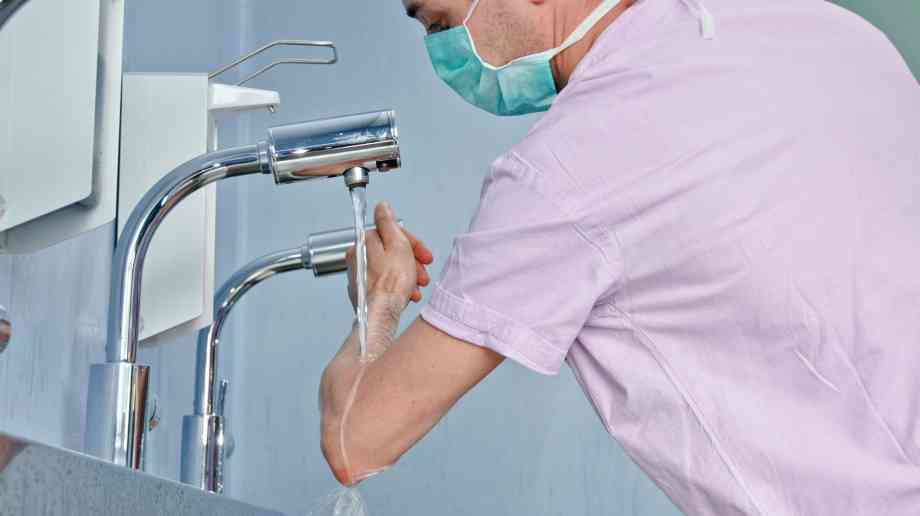 The Health Foundation outlines what has been learned from infection prevention and control work carried out over the last 15 years in hospitals in England. Drawing on its recent publication, Infection Prevention and Control: Lessons from Acute Care in England, it examines the potential risks as new threats emerge, including antibiotic resistance and new strains of infection.

Infection control has been high on the political and healthcare management agenda since the 2000s, and it is easy to forget that this was not always the case.

A 2000 National Audit Office (NAO) report was highly critical of the strategic management of Healthcare-associated infections (HCAIs) in England. The report criticised the lack of information about the infections and the limited resources allocated to infection control teams. A key problem identified was that the size and scope of HCAIs was simply unknown.

A voluntary scheme for reporting blood stream infections (BSIs) existed during the 1990s, but suffered from problems of completeness and comparability. More broadly, the report suggested that HCAIs had come to be seen as an intractable problem, regarded by hospital clinicians and managers as an inevitable consequence of providing health care. Such infections were thus regrettable, but were to a large extent tolerated.

In 2001, mandatory reporting of methicillin‑resistant Staphylococcus aureus (MRSA) BSI cases in hospitals was introduced, with a few other selected infections included in the surveillance programme in subsequent years. But, despite this intervention, improvement was not immediate.

‘Superbugs’
Criticism remained of the failure of the NHS to ‘get a grip’ on both the extent and the cost of HCAIs. ‘Superbugs’ became a frequent and often vivid topic in the media and a focus of huge public concern and political attention.

There was a steady increase in newspaper stories about ‘hospital superbugs’, peaking in the run-up to the 2005 election, and the introduction of the MRSA target in April 2005 (requiring a year-on-year reduction of MRSA BSI rates). The media coverage around HCAIs focussed on three recurring themes: the vulnerability to infection and corresponding fear felt by patients; dirty wards, which, it was claimed, often occurred when cleaning contracts were outsourced and the standards of cleaning dropped; and a demand to ‘bring back matron’, seen as the solution to nurses’ poor compliance with prevention measures.

Interestingly, the role of the pressure of antibiotic use in driving this increase was rarely discussed. In 2008, a BBC poll reported that the risk of acquiring an infection was the main fear of the public about inpatient care.

Over the last five to 10 years, HCAIs have been less in the headlines, in part due to the dramatic reduction in infection rates from MRSA and C.difficile (CDI). Ideally, these successes should be celebrated and built upon.

Unfortunately, the research shows that it is impossible to attribute these reduced infection rates to any one initiative, nor is it possible to say which components of which programme were critical.

We do know that multimodal interventions work – such as the creation of a target, alongside the introduction of alcohol gels, media attention and national initiatives. We also know that having the backing of a national campaign (such as the 2004 ‘clean your hands’ campaign) gains the attention of trust executives, bringing focus and resource to infection prevention and control, and strong external reinforcement.

A growing problem
Despite the successes with MRSA and C. difficile (a national target to reduce C. difficile infections was introduced in 2008), other health care associated infections that have not been monitored as rigorously are growing in incidence. Strategies have failed to simultaneously address the linked challenges of: a growing number of people who are immunocompromised - older people, pre-term babies and people with complex conditions being treated with immunosuppressant drugs; new infections, including a growing number of strains of bacteria which are resistant to being treated with antibiotics; and the dangers of infection spreading both within and outside the hospital setting. The rates of Escherichia coli (E. coli) and methicillin‑sensitive S. aureus (MSSA) have risen since mandatory surveillance for these infections was introduced in 2011, alongside the fall in infection rates for MRSA and CDI. E. coli represents the most rapidly increasing and most common BSI, accounting for 36 per cent of the BSIs seen nationally, compared with 1.6 per cent caused by MRSA.

Since these latter infections are not in the national spotlight, their rise has not been systematically addressed, particularly at the hospital level. Care needs to be taken to ensure that all locally relevant HCAIs are monitored in hospitals, not just those subject to mandatory surveillance. At the national level, measures also need to be appropriate and able to change in response to the shifting epidemiology of infectious diseases.

What has been learned?
Consideration of what has been learned from the infection prevention and control work carried out over the last 15 years in hospitals in England, leads to the following recommendations for how we avoid replicating the mistakes of the past.

Firstly, measures for infection prevention and control need to be appropriate and responsive. National mandatory surveillance must continue for specific infections, but it needs to take into account and respond to new and emerging infection threats. Care needs to be taken to ensure that local surveillance is appropriate and all relevant HCAIs are monitored in hospitals, not just those subject to mandatory surveillance, which can skew efforts away from infections that are on the rise or those of local importance.

All health care associated BSIs relevant to the local trust should be monitored, and the local surveillance of surgical site infections should reflect the range of surgery performed, not just the mandatory surveillance of orthopaedic joint replacement surgery.

Secondly, infection prevention and control (IPC) should remain central to inspection and regulation. Future inspection and regulation needs to consider the local infection profile and the local vulnerable patient groups, specialities or risk procedures, and also include antibiotic stewardship. It must also consider managerial responses to minimising risk so that unintended consequences can be anticipated. Strong management support for IPC, including surveillance support, maximising environmental hygiene and isolation capacity should be tangible and clearly evident.

Thirdly, all national-level campaigns to address issues related to infection prevention and control require an explicit framework underpinning how the campaign is intended to work and should be accompanied by an evaluation strategy. It is important that future campaigns are evaluated in order to learn and to be confident in what works and why. Future campaigns must address the basics of what is already known to work for IPC, involve the whole health economy and include an evaluation strategy. We suggest that hospitals need to have the structural and cultural capacity to deliver effective infection prevention and control and antibiotic usage. For example, a range of process and outcome measures should be used to monitor effective IPC. A positive organisational culture should also be fostered to ensure IPC is maintained.

Trusts also need to ensure that the goals for infection prevention and control and patient safety are integrated and aligned at the clinical front line. We found that at times those working at the front line were overwhelmed with the requirements for IPC, patient safety and quality improvement initiatives. This can demotivate the exact people who need to remain engaged in IPC. Clearly the goals for IPC and patient safety need to be integrated and aligned so that ‘doing the right thing, in the safest possible way’ is the easiest thing for people to do.

Clinical and managerial leaders of infection prevention and control are needed at all levels in the organisation. The challenges ahead for IPC mean that it must remain central to the NHS agenda and the work in all health care organisations. As such, clinical and managerial leaders of IPC are needed at all levels with demonstrable managerial and clinical commitment. This must also be supported by champions of good practice who lead by example.

We also recommend that the role of the public is clearly defined before they become patients. In the context of often high media coverage, health care organisations need to understand better how the public and patients make sense of publicly available indicators and information. IPC education, awareness of hand hygiene and the optimal use of antibiotics need to be instilled in the wider public before they become patients, since studies have suggested that patients are less likely to get involved at the point of care.

Finally, a whole health economy approach is needed for infection prevention and control in future. Bugs don’t differentiate between primary and secondary care or between hospital and home, yet most of the IPC focus to date has been on the hospital. It is time now to move to a whole health economy approach. Measures of HCAI prevention activity and antibiotic stewardship should be developed that span health sector boundaries.

Economic analysis of IPC needs to have a system-level approach in order to understand the full impact of HCAIs and to target interventions.

The challenge presented by HCAIs and the need to maintain good infection prevention and control is not going away. Recent studies report that between 5.1 per cent and 11.6 per cent of hospitalised patients will acquire at least one HCAI, with the risk of HCAI greatest in intensive care units (ICUs), where the prevalence is above 20 per cent. It has been estimated that HCAIs cause at least 9,000 deaths per year. Infection prevention and control needs to remain high on the political agenda and high on the ‘to do’ list of all health care professionals if we are to avoid returning to the days of rising infection rates and screaming headlines.

The Health Foundations’ Infection Prevention and Control: Lessons from Acute Care in England report can be accessed in full here.