Skip to main content
Home / Features / Technology has proven its worth, let’s now give it a chance 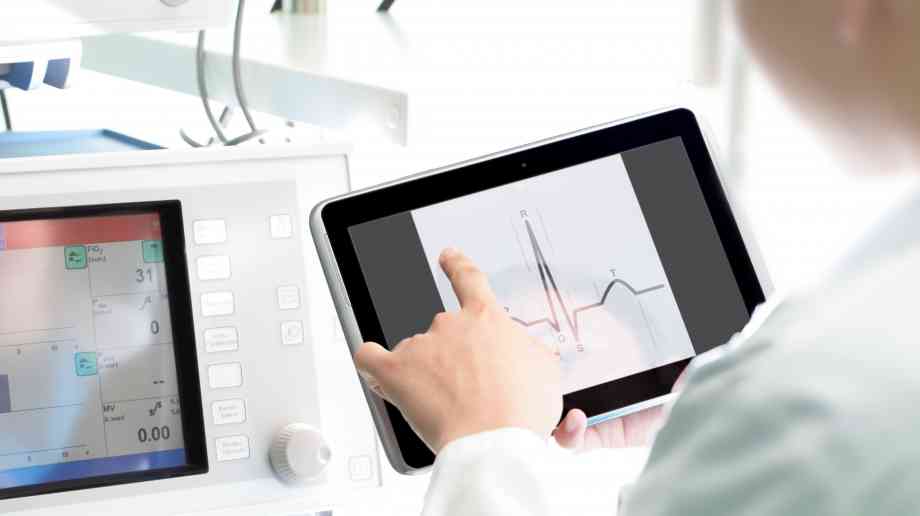 Barbara Harpham, chair of the Medical Technology Group, looks at how technology has helped the NHS cope during the current crisis, and how it holds the key to a new, more efficient, post-pandemic healthcare system

The Covid-19 pandemic has put an unprecedented strain on the National Health Service, requiring a level of response from our healthcare workers that has never been seen before. The reaction has been admirable; NHS staff have risen to the challenge, adapted quickly to new ways of working, and embraced new technological advances.

This rapid uptake of new and existing technology – from remote communications and monitoring of patients to the fast-tracked introduction of advanced, non-invasive cancer treatments – has accelerated the pace of change within the health service, as barriers to innovation have been lifted in response to an acute need.

A return to old ways, or a new vision?
A growing body of opinion suggests that, despite the scale of the human tragedy and individual stories of loss, there is now an opportunity to be seized - that we are on the brink of change and we have a clear choice. We could restart services and return to the former NHS, struggling to meet the growing demand of an ageing population, with seasonal demand far outstripping supply as budget deficits increase. Alternatively, we could embrace a new way of working, which re-evaluates the way that care is delivered and recognises the value that both communications and medical technology can bring to the service, the benefits it delivers to patients, and its wide-ranging economic and societal benefits in the long term.

The NHS Confederation has dubbed this movement ‘NHS Reset’, and has called on clinicians, leaders, and public servants not to ‘seek to return to the ways of working and approach we once knew, but to reset the way we plan, commission, and deliver healthcare’. The Medical Technology Group wholeheartedly supports this message. As demand on the health service starts to return to some normality, the value that medical technology brings to the table must be emphasised. Frontline workers have now experienced the benefits in their everyday practice, and new ways of working will be needed to keep patients away from bricks and mortar healthcare while managing the predicted backlog of elective surgery and other routine care.

Technology has proved itself during the pandemic
Technology has touched every aspect of the NHS response to the pandemic. The government’s initial Ventilator Challenge called for a rapid upscaling of medical technology production to ensure that respiratory support was available for patients with acute breathing difficulties. Meanwhile, diagnostics manufacturers have responded swiftly to the demand for accurate and reliable tests, both for SARS-CoV-2, and for serology assessments to support the detection of antibodies, which will be crucial to avoid the potentially enormous social and economic impact of a second pandemic wave.

Meanwhile, the demand for new communications technology has soared during the pandemic, with remote consultations replacing physical interaction between clinicians and patients. In fact, NHS England reports that 99 per cent of GP practices have activated remote consultation platforms. Our research among clinicians and patients in the last few weeks suggests that these alternative communications technologies have been broadly welcomed, enabling clinical staff to see more patients in the same amount of time, and reassuring patients that they are still being monitored and cared for.

Our investigations also found increasing levels of self-care among patients, who have reached out to their patient groups and other sources for information about their condition. This drive for remote care has led to a surge in innovations in recent months, including a pilot of a tele-dermatology service, using artificial intelligence technology to reduce delays in skin cancer detection and treatment, and an at-home safety monitoring test for chemotherapy patients that tests the levels and potential activity of suppressed neutrophil blood cells.

There are, in fact, now 250,000 mobile health applications available, and over 300 million wearable devices in public use.

Reimagining a technology-centred healthcare system
The pandemic has, however, had a significant impact on patient services. Many patients have been avoiding healthcare settings, with GP appointments and Accident & Emergency Department statistics showing a steep decline. Meanwhile, McKinsey & Company is projecting a 40 to 50 per cent decline in elective procedures in the third quarter of 2020, with the University of Birmingham estimating that there will be 516,000 cancelled surgeries resulting from the 12 week elective surgery hiatus. It suggests that, if the NHS were to increase surgeries by 20 per cent compared to pre-pandemic activity, the backlog would take 11 months to clear. That’s without the possibility of a second pandemic wave.

Clearly, a paradigm shift is needed in our healthcare system if it is going to cope with the enormous pressures that are anticipated.

Telemedicine and remote monitoring will certainly have an important role to play. Patients’ satisfaction and willingness to adopt these technologies should be capitalised upon, so that patient-generated data from devices such blood pressure monitors, step counters, weight scales and single lead electrocardiograms, as well as pacemakers, subcutaneous implantable defibrillators, or blood glucose monitors is used to determine those in greatest need of follow-up care.

Minimally-invasive procedures, such as stereotactic ablative radiotherapy (SABR) for example, which delivers a highly-focused radiation treatment concentrated on a tumour, while limiting the dose to the surrounding organs, can ensure patients are treated quickly, return to their everyday lives sooner, and have the potential to reduce waiting lists for surgery. NHS England’s decision to accelerate the implementation of SABR technology was an encouraging start.

Many other technologies also have enormous potential benefits, and the Medical Technology Group has long argued for the value of technology in improving patient outcomes, reducing the burden on the NHS, and delivering wider societal benefits to be more widely recognised. In fact, as far back as 2011, we commissioned a report from The Work Foundation to examine the broad benefits of medical technology. Our follow up study in 2017 found that nearly half a billion pounds in savings could be generated each year in reduced long-term health costs and benefit payments from the use of just eight technologies alone.

Change the culture and focus on long term gains
Until now the very culture of the NHS has been one of the greatest barriers to the uptake of medical technology. A ‘less is better’ mindset and a focus on first year savings - rather than long term efficiencies and wider societal benefits - has led to rationing of treatments, rather than the enthusiastic adoption of proven technology.

We have seen the benefits of medical technology in action and it has reaped rewards. As Simon Stevens outlined in his message to NHS leaders in April, now is the time to ‘lock in’ beneficial changes that have been introduced in recent weeks.

I hope that the whole NHS - from frontline clinicians to senior managers - will seize this great opportunity, embed a new culture of innovation, and build a healthcare system that’s world-leading and futureproof.