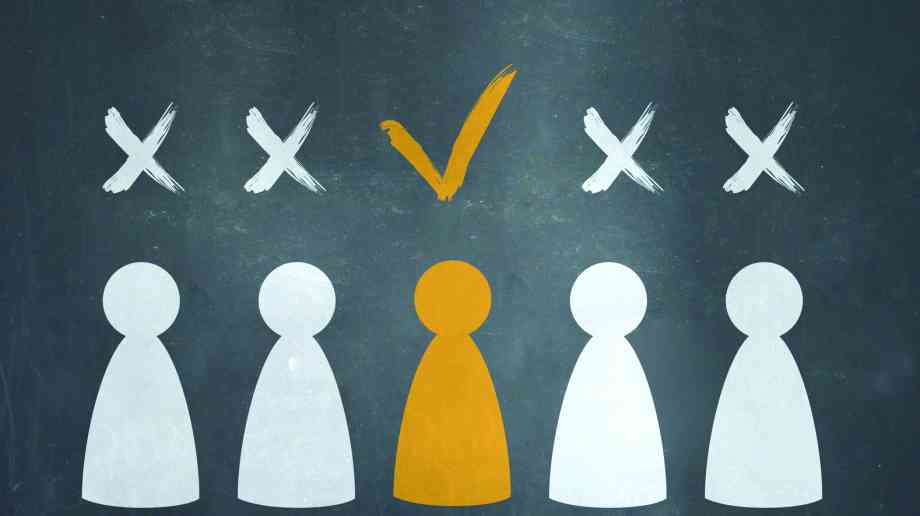 Nick Bowles at APSCo analyses the importance of a healthy, transparent recruitment supply chain and the benefits of co-operation in NHS recruitment

According to official figures, there are now six per cent more staff across the NHS than there were three years ago. However, this is not reflective of what the recruiters we represent are seeing on the ground. The staffing firms we work with report that trusts are continuing to struggle to recruit the volume and quality of clinical and non-clinical professionals they need to keep abreast of ever increasing demand. Candidate pools, meanwhile, are subsequently shrinking in response to ongoing legislative changes and other external factors – not least Britain’s decision to leave the EU.

There is no escaping the fact that the NHS is facing a recruitment crisis, with an estimated shortage of at least 50,000 doctors and nurses across the health service. The latest official data shows that the number of health visitors working in the NHS in England has dropped by 18 per cent since local councils became responsible for commissioning public health services in autumn 2015, while England needs 20,000 extra nursing staff according to the Royal College of Nursing (RCN). We also need more doctors, with around seven to ten per cent of posts currently vacant.

Against this backdrop, it is unsurprising that a recent NHS Providers survey of managers at 149 trusts in England found that the majority believe workforce issues are the ‘single biggest risk facing services’. When asked for the biggest challenges to recruitment and retention at their trust, 60 per cent of trust chairmen and chief executives cited work pressure – 59 per cent of NHS staff report working unpaid overtime each week - while 38 per cent cited pay and reward. The authors of the report said that the workforce gap has almost certainly widened since Health Education England recorded a staffing shortfall of 5.9 per cent of clinical staff in 2014.

It’s been widely reported that nurses working in substantive roles have effectively suffered a pay-cut in real terms due to public sector wage freezes coupled with inflation. This perhaps explains why, according to research by the RCN, almost a quarter of nurses have to take on a second job in order to pay bills and everyday living expenses. The same poll of more than 7,700 nurses reveals that 24 per cent plan to leave their job over money fears.

Sourcing the right skills
It is no great surprise, then, that the trusts that our members work with are also finding retaining existing staff to be problematic. Over the summer, the Nursing and Midwifery Council (NMC) published shock data showing its register had shrunk in size for the first time in recent history – from 692,556 in 2016 down to 690,773 in March 2017. The figure dipped again to 689,738 this September, representing a loss of 1,678 registrants in the space of a year.

As Nick Poturicich, managing director of Mayday Healthcare, points out: “Healthcare professionals don’t feel appreciated. The sad fact is that many nurses think it’s not worth their while remaining on the register. We’re seeing an increasing number of candidates moving abroad or leaving healthcare all together. This isn’t just one or two disillusioned individuals, we’ve seen dozens of skilled professionals walk away from the NHS over the past 18 months.”

Since the introduction of pay caps for agency workers in the NHS, which were introduced in 2015, trusts are still being forced to go off-framework, or ‘break glass’, to source the skills they need. As Poturicich notes, NHS trusts are also placing healthcare professionals on assignments in areas that they are not always experienced in, or comfortable doing, such as putting general nurses in A&E – to the detriment of patient safety. Prioritising cost over patient well-being is unfortunately becoming more common-place.

The most effective and ethical recruiters are ensuring that they are able to continue to provide the trusts they work with the talent they need through superior candidate engagement strategies. However, offering professionals support with revalidation, CPD or relocation only goes so far. It’s a zero sum game - overall supply simply doesn’t match demand – and things could be about to get much worse.

Looking beyond Europe
With Brexit just around the corner, there are widespread fears that access to talent will become more difficult once the UK officially leaves the EU. Prime Minister Theresa May has said she wants to 'see more British doctors in the NHS', but at present a quarter of NHS doctors are from overseas - therefore there is uncertainty over how the UK's exit may affect staff recruitment from abroad in future.

Within nursing, we’re already beginning to see the impact of last year’s referendum. Recent figures from the NMC show the number of EU nurses and midwives registered to work in the UK has fallen by 2,700 in the past year, to just over 36,000. Between 2012 and 2016, recruitment from Spain – which was the most popular country for sourcing EU staff – resulted in an average of 1,966 nurses joining the register each year. But between 2016 and 2017 this dropped to 104. Most worryingly, the number joining the register from the EU has decreased by 89 per cent, from 10,178 last year to 1,107 this year.

Government plans to expand medical education so that we ‘grow our own talent’ will hopefully help to ease pressures long-term, but in the meantime, many of the specialist recruiters that we work with are looking beyond Europe to source the clinical professionals the NHS needs to keep the wheels in motion short term.

Aside from frontline healthcare professionals, the Association of Professional Staffing Companies (APSCo) members are also reporting difficulties in recruiting non-clinical contractors into the NHS. This is largely due to the fact that public sector organisations are shouldering the costs of recent changes to legislation around ‘Off-Payroll’ working. Since April this year, hirers in the public sector have been responsible for determining the status of an assignment to supply services through a Personal Services Company (PSC). Contractors deemed to be working ‘inside’ IR35 legislation are taxed in the same way as employees, even though professionals operating through this model have no employment protection rights and have no certainty of continuity of work.

A recent survey of our members found that 45 per cent have witnessed the costs of resourcing contractors increasing since the new rules were introduced. Of these, 46 per cent reported that rate rises were in excess of 15 per cent. As well as increasing spend, public sector organisations are also having to contend with shrinking talent pools, with the majority (70 per cent) of respondents reporting that contract numbers in the public sector have decreased since April 2017.

The increase in rates which has been noted can be attributed to two factors: the scarcity of resource created by candidates moving into the private sector and the market adjusting by passing on additional tax and NI costs to the public sector client. Reports that non-clinical specialists are abandoning contracts - including a high-profile multi-million pound NHS IT project - may not have the immediate impact on patient safety that shortages of clinical staff bring, but they will no doubt impact long-term budgets and operational efficiency.

Front-line services
The independent Office for Budget Responsibility (OBR) has predicted that the NHS will need an extra £88 billion by 2067. Among the challenges the service faces are the ageing population, the growing problem of obesity, and adhering to the legal requirement to value mental health equally with physical health.

Something needs to give, and it seems that government is beginning to realise this. Health secretary Jeremy Hunt has gone on record accepting that junior doctors ‘had a point’ when they challenged his commitment to patient safety given the significant staffing gaps across the NHS. The government has since announced plans to expand medical school places by 25 per cent from 2018 to increase the number of doctors being trained each year from 6,000 to 7,500, while 10,000 additional training places being made available for nurses, midwives and allied health professionals will also be funded.

Chancellor Philip Hammond announced in his recent Autumn Budget that the government is committed to offering the NHS a £10 billion investment package in front-line services over the course of this parliament. He also committed to ‘pay structure modernisation’ for Agenda for Change staff to help aid recruitment and retention, but we are yet to see what this will look like in practice.

The number of staff working within the NHS may be up six per cent since 2014, but during the same period, emergency admissions have increased by ten per cent, ambulance calls are up 15 per cent and demand for diagnostic testing has risen by around a fifth. We need to ensure that the health service has access to the skills it needs to manage this increase in demand moving forwards, and that relies on not only solid talent pipelining strategies, but also a commitment to valuing and retaining the valuable skills of the existing workforce.