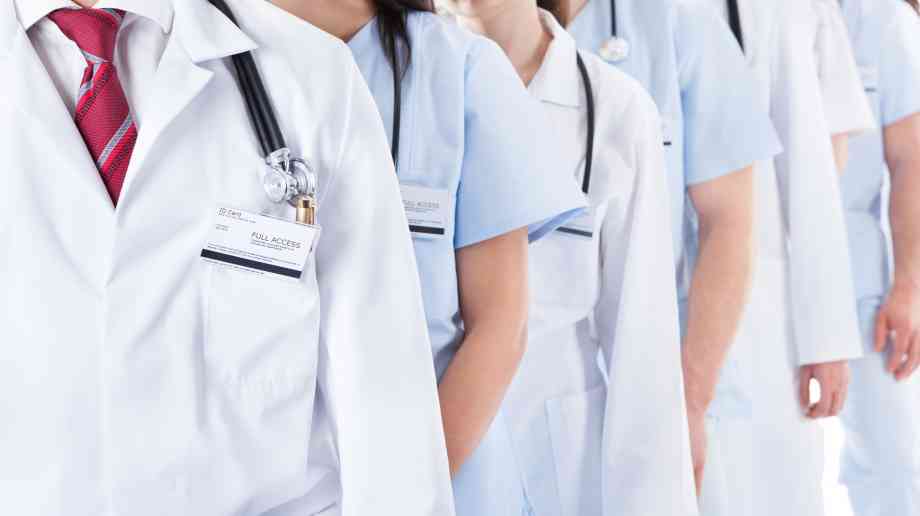 Neal Suchak, policy advisor at the Recruitment & Employment Confederation, analyses the workforce problems in the health and social care system, and the vital role that agency staff provide in ensuring patient safety

It will not come as a great shock to most people that the NHS is suffering a crisis. Years of underfunding, inefficiency and poor workforce planning have resulted in a system that is no longer able to cope with the demands placed on it. Previous governments failed to predict the health needs of an ageing population and the necessity to build up a social care system that is fit for such a large number of older people.

The problem is not going to go away. It is estimated that there will be 51 per cent more people aged 65 and over in England in 2030 compared to 2010, and 101 per cent more people will be aged 85 and over in 2030 compared to 2010. With these huge and increasing demands, it is highly likely that the NHS and the wider social care sector is going to require significantly more staff. And yet, there are currently around 24,000 unfilled nursing jobs in England and it is expected that one in three nurses will retire in the next decade.

The current government now has a problem: does it focus on short-term solutions – for instance by throwing money at the problem - or does it take a longer term view, and plan for the next generation? The answer is probably going to have to be both. Indeed, the Chancellor announced in the Spring Budget that an additional £2 billion of funding will be provided over the next three years for social care. The extra injection of cash has been widely welcomed, but we don’t really know how this money will be spent.

There doesn’t appear to be any co-ordinated plan for how we will deliver health and social care. The heart of the problem lies with poor workforce planning; but just as the Department of Health was starting to get to grips with this, Brexit has thrown a spanner in the works.

Brexit and recruitment
The latest data from the Health and Social Care Information Centre (June 2016) reveals that there are 1.16 million staff employed in the NHS in England, of which 57,608 are from a European Union member state, and 71,510 from non-EU member states, collectively accounting for around 11 per cent of all staff. The NHS relies upon European workers to provide a safe world-class service, and a similar picture is found in social care. Latest figures indicate that in the NHS, there are 13,307 Irish workers, 7,451 Polish, 7,199 Spanish, 6,325 Portuguese, 5,299 Italian and 2,992 Romanian.

Parliament is taking this seriously and the Commons Health Select Committee is currently examining the impact of Brexit on the health and social care workforce. If the health and social care system is to survive, it will be essential that the government gives the green light for EU nationals working in the NHS to remain. Having said that, the problems appear to have already started. Data from the Nursing and Midwifery Council show that the number of new nurses from Europe has dropped to a quarter of previous levels. In each month from September to December in 2015, an average of 797 EU nurses signed up to work in the NHS. This fell to 194 a month over the same period last year. Figures also show that 2,700 EU nurses already working in the UK left the NMC register last year.

Workforce problems
The latest data from our monthly publication Report on Jobs (April 2017) reveals the strongest increases in demand for temporary/contact workers is in the nursing/medical/care sector. Demand for permanent staff has also been consistently high. Now that government has decided to scrap bursaries for student nurses and midwives, there is no obvious solution to solving the workforce crisis. George Osborne, who was then Chancellor of the Exchequer, said replacing bursaries with loans would free up £800 million a year to create more jobs in the sector by 2020, and that the new arrangement would allow for an extra 10,000 training places. The number of applications to UK nursing degree courses actually fell by 23 per cent this year.

We have recently learnt from a HSJ investigation that almost every NHS acute hospital in England is failing to meet its own nurse staffing targets. Despite attempts to recruit and train up more nurses, 96 per cent of NHS trusts failed to meet their own planned level for registered nurses working during the day in October 2016.

And the problem is by no means limited to nurses; we are consistently seeing a lack of doctors on wards at all levels. The NHS employs more than 150,000 doctors - a quarter more than it did ten years ago. But even that has not been sufficient, as vacancy rates are running at close to 10 per cent.

Despite the fact that currently a quarter of our doctors come from overseas, Health Secretary Jeremy Hunt has said that he plans for the NHS to be ‘self-sufficient in doctors’ and less reliant on overseas recruitment. He has already announced a 25 per cent increase in the number of funded medical student places; which will be made available from September 2018. However, simply replacing overseas doctors with UK-trained ones, won't increase the total number working in the NHS and help meet the predicted increase in demand.

We have also recently heard that Health Education England expects at least 2,000 extra nursing associate trainees to start in 2018. However, it takes many years to train up new doctors and nurses, and we will have to wait and see what the future impact will be on the system. Furthermore, we can’t afford to wait for these new clinicians to be ready – we need the extra staff now.

Vital role of agency staff
The Recruitment & Employment Confederation (REC) has been consistent in its message to government that the caps and controls placed upon trusts use of agency staff will have an impact on safe staffing levels; and now we are starting to see the evidence. The deterioration in staffing levels appears to have been accelerated by the introduction of tougher caps on agency spending last April and July.

One of the intentions of the price caps was to encourage staff to return to substantive positions within the NHS, either in permanent employment or via bank shifts. Our latest research in partnership with the National Institute of Economic and Social Research (NIESR) suggests that there has been no noticeable, widespread increase in temp to perm transitions during the last year.

Our research reveals that disillusionment with permanent employment in the public sector is the main driver pushing health professionals into agency work. The research found that agency staff have skills on a par with substantive staff, with many years’ experience working in the NHS; and that a better work-life balance, the ability to pick and choose when they worked, and escaping stress, bureaucracy and office politics, are factors in their decision to go into agency work. Workers reported that the flexibility that temporary work allowed them was a much bigger incentive than pay.

Current rules around agency spending in the NHS seem to only address the symptoms, not the problem. What they fail to do is tackle the underlining workforce retention issues. Agency doctors and nurses can’t be a scapegoat for the NHS’s workforce problems; they accounted for only 0.8 per cent of the total NHS employment in 2015. Whilst the media picks up on isolated stories of doctors being paid £1,500 for a shift, this is by no means typical – and is in fact rare.

Following pressure from the REC and the Royal College of Nursing, NHS Improvement has recently decided to pause the introduction of a new rule that would have prevented substantive staff from taking up additional agency work. The new measures were designed to encourage staff to take up additional shifts via banks. However, our research found that substantive NHS staff are deterred from signing up to internal banks due to unreliable communication, old-fashioned payment procedures, poor management, and a lack of professionalism in comparison to specialist agencies.

A recent REC survey of 199 healthcare recruitment businesses found that in 48 per cent of agencies, more than half of the temporary nurses, doctors, and allied health professionals on their books are also employed substantively in the NHS. Had this new ‘ban’ been implemented, seventy-seven per cent of healthcare recruiters said they expect the candidates on their books to prioritise finding work in the private sector rather than the NHS, and 56 per cent said some nurses and doctors would stop working additional shifts in the NHS altogether.

The way forward
If the government is committed to delivering a true seven-day NHS, then it is going to have to be on the side of agencies. Of course, costs must be controlled, and the REC wants to work with NHS Improvement to develop flexible staffing models that work for all parties - and deliver the best outcomes for patients. Health and social care recruitment agencies provide a vital lifeline to the NHS - especially at times of increased pressure on the system - without which patient safety would be in jeopardy. The need for agency staff is not going to go away particularly in light of heightened demand from patients, and so government must work closer with agencies to find solutions to workforce problems.