‘Next generation’ of robotically assisted surgery in Edinburgh 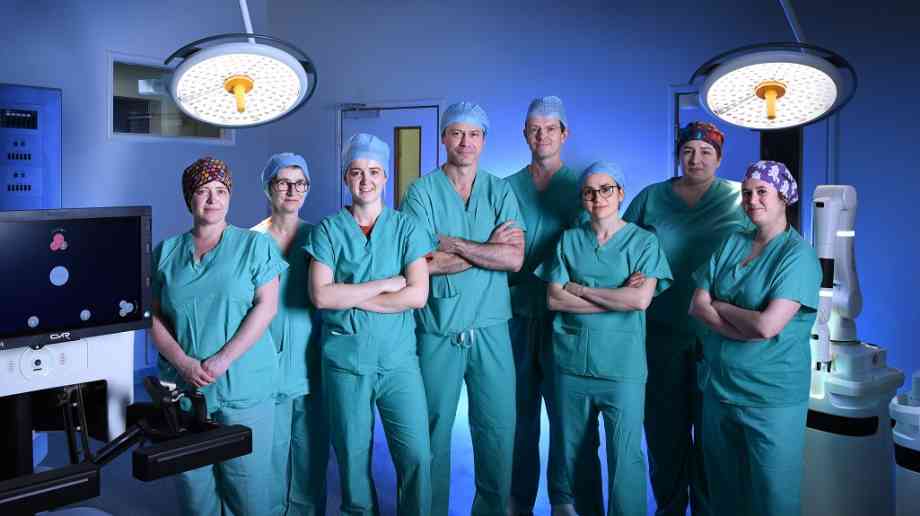 NHS Lothian has revealed it has become the first in Europe to pioneer the ‘next generation’ of robotically assisted surgery.

Clinicians at the Western General Hospital in Edinburgh have unveiled the state-of-the-art Versius robot, which aids keyhole surgery, decreases patient recovery times and reduces pain. The technology mimics a human arm, works in a similar way to a computer games console and is capable of moving and rotating its ‘wrists’ in ways like no other device.

Doug Speake, Consultant Colorectal Surgeon at NHS Lothian, said he and the team had so far performed several procedures using the Versius robot to help treat patients with serious bowel disease or bowel cancer. Since November, around 30 patients in the colorectal unit, which is the busiest in the UK, have undergone procedures using the robot and the results have been compelling – with some patients returning home within three days.

Speake said: "This is the next revolution in surgical technology. We have gone from open surgery, to keyhole surgery, to robotic surgery. This is the future. It is a leap forward in surgical precision meaning patients recover faster and ultimately get home sooner. It is better for the patients and it is actually better for us. We were the first in Europe to use this technology. The robot puts the Western General Hospital and Edinburgh on the map as a centre for excellence and training. It cements our reputation as a progressive unit at the very forefront of technology, providing the highest quality, safe and effective patient care."

Milton Keynes University Hospital NHS Trust quickly followed NHS Lothian and introduced the system soon after to begin treating patients, and many more trusts and health boards are expected to use this technology.

Versius was created by CMR Surgical to enhance how surgeons perform keyhole procedures, including major gynaecological and colorectal surgery.