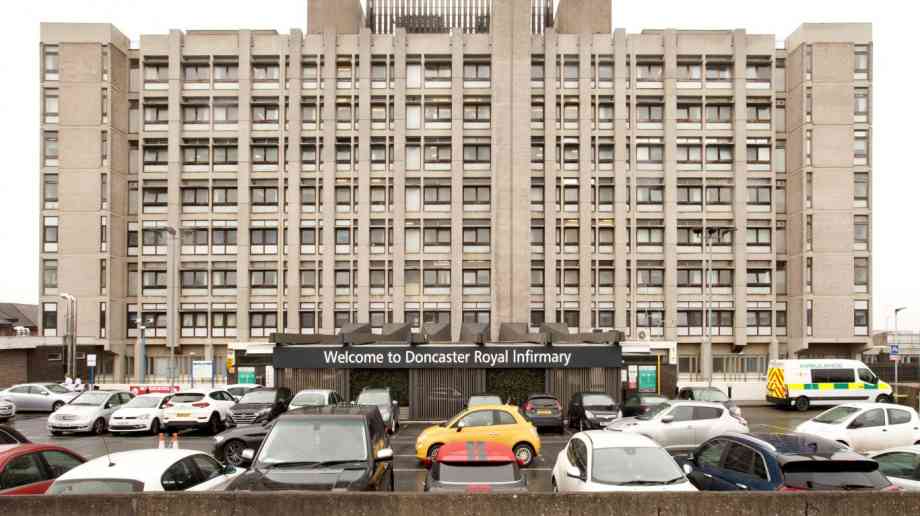 Leaders from across the political divide in South Yorkshire have joined forces, in a cross-party call on the government to invest in a new central hospital for Doncaster.

The Mayor of the Sheffield City Region, Dan Jarvis, Doncaster’s MPs – Ed Miliband, Rosie Winterton and Nick Fletcher – and the Mayor of Doncaster Council Ros Jones have written to Health Secretary Matt Hancock, urging him to bring forward the investment.

The call comes after Doncaster Royal Infirmary was not included in the government’s October announcement, which confirmed funding for 40 hospitals as part of the Health Infrastructure Plan, despite leaders being led to believe that the hospital would be included in the plan.

The current Doncaster Royal Infirmary, originally built in 1930, is in need of major maintenance works worth £67 million and os currently facing overwhelming demand. Prior to the coronavirus pandemic, the A&E department, which was built to manage a peak of 200-250 patients, was routinely dealing with 350-400 every day.

Mayor Jarvis said: “It was deeply disappointing that Doncaster was not selected as one of the 40 hospitals around the country to receive investment last month. None of the hospitals announced were in South Yorkshire and just one scheme was confirmed for Yorkshire.

“As the Covid pandemic has shown us, levelling up is not just about the economy, it’s about the health of our people, and the government has an opportunity to deliver on its promises. The case for a new central hospital in Doncaster is unequivocal, and health and political leaders in the region are united behind this plan – we now need the Secretary of State to join us.”

Mayor Ros Jones said: “Doncaster not being on the list was not good news and I would ask the government to tell us directly why we were not included and indeed how we can improve our chances of securing investment in a new hospital in the future. I do want to see more investment and levelling up of Doncaster and the North. Our case is strong as this project would support our regeneration aspirations and should not be overlooked.”

Sir Simon Stevens has confirmed that 11 more parts of the country will be formally designated integrated care systems from 1 April 2021.

Proposals for new hospitals to be delivered more speedily

Housing Secretary Robert Jenrick has announced unprecedented reforms to speed up the delivery hospitals and other NHS buildings.

The proportion of contacts reached by the NHS Test and Trace service has increased from 60.5 per cent to 72.5 per cent.

The government has opened a new walk-through coronavirus testing centre at Bruce House Car Park in Arbroath, Scoltnad, which is easily accessible for people without a car.

Sara Dalmasso is General Manager and Vice President at Omnicell International. Here she reflects how automating the medication management process can support hospitals during the COVID-19 second wave.

The 2020 Health Business Awards will take place on 10 December, online, where the winners and commended entries will be revealed