Skip to main content
HB / Product Features / IT / How can a team in Mansfield solve healthcare tech problems around the world?

How can a team in Mansfield solve healthcare tech problems around the world? 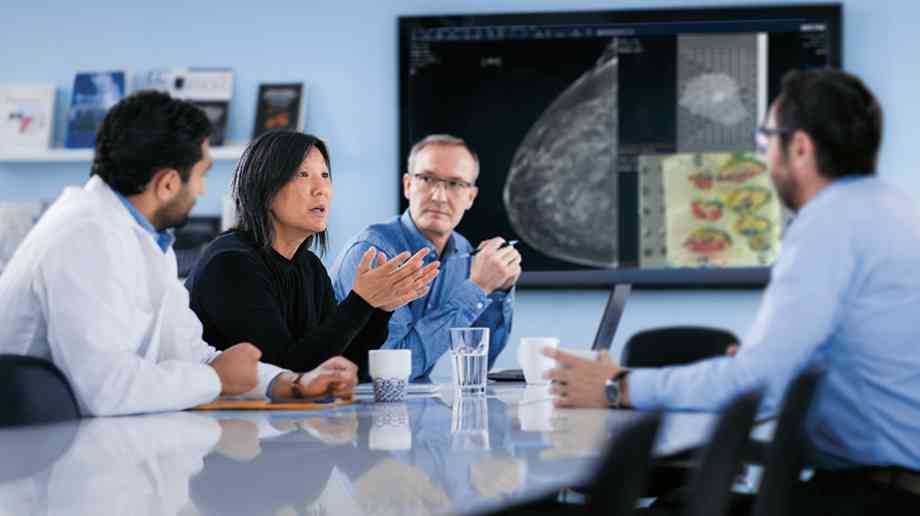 When the NHS technology supplier-customer dynamic moves on to genuine partnership, all sorts of things can happen, writes Jane Rendall, UK and Ireland managing director at Sectra.

When the newly formed Barts Health NHS Trust wanted to ease the flow of crucial diagnostic images across its five hospitals back in 2012, it encountered some challenges.

Freshly merged and now operating as a single organisation, the trust wanted to ensure that a complete set of patient imaging could be found by staff regardless of which of the five hospitals they worked in, and regardless of which of the sites a patient had visited to have their imaging captured. This led to a major consolidation project which included multiple IT systems in radiology and IT. A project which Sectra fully understood the impact and benefits of and one where Sectra was keen to be a key player in this service transformation.

But faced with a legacy of different radiology information systems and electronic patient records inherited from three historic trusts, imaging was still being managed in different ways at different sites, using a mix of numbering and identification approaches.

The trust needed to find a way to take the different image numbering and match it.

An NHS problem – an unintended answer for the world

At the time, Sectra had been contracted to provide a picture archiving and communication system, or PACS, to sites across Barts Health.

Arguably going beyond the traditional PACS remit, our technical specialists from our team in Mansfield, sat down with the trust to try to solve the challenge.

After grappling with the issue, they worked together to quickly create what was then known as the ‘Barts Broker’. It solved the specific need for the trust.

But more than that, there was an unintended consequence. When the global Sectra team looked into what had been done locally, it quickly became apparent that the efforts put in to help Barts Health had much wider applicability.

Now known as the Sectra Connectivity Hub, it is something used today in many hospital installations we carry out as a company throughout the world. Hospitals in the US, for example, where there are lots of acquisitions and mergers, find it particularly useful.

And it’s by no means the only development of its kind. There has been a lot done from our team in Mansfield – most of which has global relevance, and some of which has no obvious initial commercial value to Sectra at all, other than solving the problem at hand for our customer. The real art to this kind of development activity is to uncover the common threads which would be useful globally but still retaining the ability to adapt to very local conditions.

How does this work?

Well, first off, it’s about trying to find real solutions. That doesn’t mean selling the NHS a vanilla piece of IT. It means working with them. And that means getting the right people to work together.

Sometimes suppliers send in their sales reps or account managers who try to get a brief from their customers as to what they want to achieve, and then relay that to developers who put it in a queue of development work.

But by putting the ‘techies’ – the appropriate people who understand the technology – in the room with people from the customer side who can articulate their challenges, a much more effective dialogue can be achieved, and a much faster, more relevant solution created.

This requires trust – trust in your people. We don’t turn to our head office in Sweden each time we want to achieve something. Having a team here in the UK that is not even based in our UK head office, but that has the autonomy to create global products which originated from local needs, represents a willingness to be able to solve unique local problems now or in the future.

And that in turn requires a willingness to accept risk. A lot of suppliers wouldn’t change their core product through fear of being exposed to risk. But if we are going to get things done, we need to make those adaptions.

This article isn’t about the Sectra Connectivity Hub. It is about a concept – an idea that if the NHS as a customer and its suppliers rigidly maintain those traditional identities – then limitations are unnecessarily imposed on creativity and collaboration.

There is a symbiosis to be achieved if we work together in much closer partnership, focus less on contractual intricacies and more on the problems at hand. And from that symbiotic relationship, there are benefits to be had for both parties.

In the case of Barts Health – simply selling them a Secta PACS might have met a contractual obligation, but it wouldn’t have done the job. And by going that extra mile, by happy coincidence we now have an improved product offering that helps us to win bids throughout the world and that allows our products to become more deeply rooted in the hospital workflow.