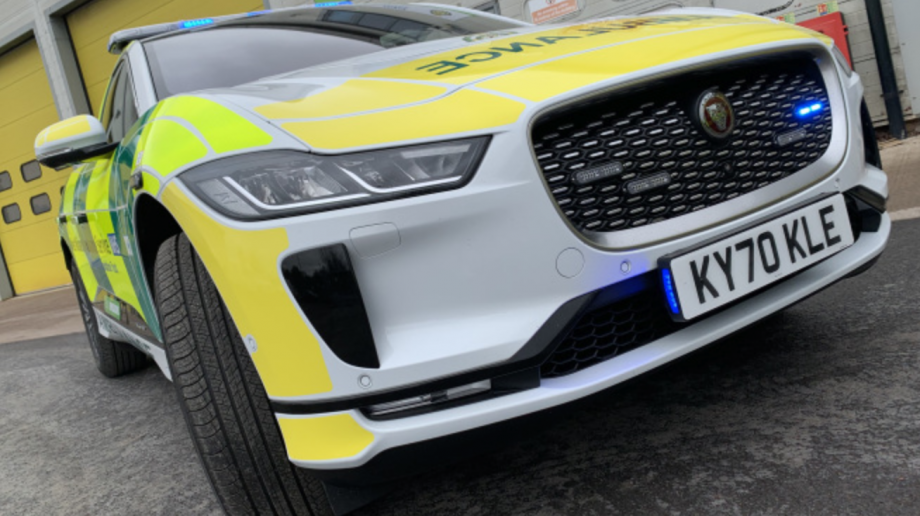 West Midlands Ambulance Service is continuing its commitment to reducing its impact on the environment by taking delivery of two fully electric operational manager response cars.

Following the launch of the UK’s first 100 per cent electric ambulance by the trust in October 2020, West Midlands Ambulance Service has worked with its partner, conversion specialist VCS of Bradford, to launch two all-electric zero emissions Jaguar I-Pace ambulance response cars which will be going into operation in Birmingham in the coming weeks.

VCS has used its expert capabilities to develop the all-electric Jaguar I-Pace into a fully capable response vehicle – in tandem the Trust has also invested in rapid charge infrastructure to facilitate fully charging of these vehicles in less than hour.

Anthony Marsh, WMAS chief executive, said: “West Midlands Ambulance Service has been at the forefront of developing ambulance technology and operating a modern fleet for the last ten years.  Working with industry specialists like VCS, we have used aircraft style technology and design to create the most hi-tech and lightest vehicles in the country.  This has continually reduced our impact on the environment by lowering our CO2 levels and ensured that patients receive the highest standards of safety and comfort. With an all-electric ambulance already in our fleet, which was launched last year, it’s hugely exciting to now have two fully electric response cars to add to our operational vehicles in Birmingham.”