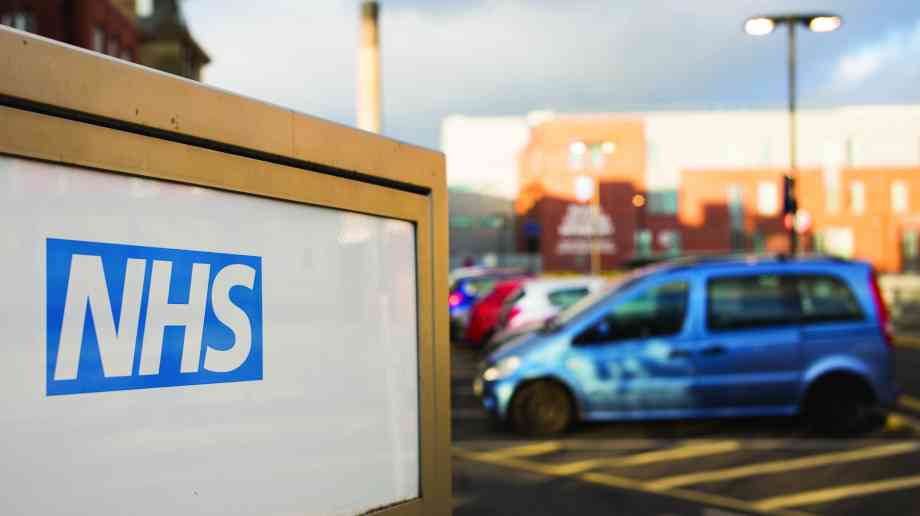 Approximately two thirds of the half million parking spaces across the NHS in England are used by staff. This means up to 300,000 staff use their car to get to work. If drivers were offered alternative modes of transport, this could have a significant impact on reducing harmful air pollution and freeing up spaces

Toxic air is now the biggest environmental risk of early death worldwide, responsible for one in nine of all fatalities. It kills 7 million people a year, far more than HIV, tuberculosis and malaria combined according to The Lancet Commission on pollution and health. Here in the UK, it is vehicle emissions that are the biggest contributors to air pollution and as such poses the biggest threat to public health.  With such stark figures it makes sense for the NHS to tackle the cause of the pollution and not just deal with the symptoms.

The government’s Clean Air Strategy sets out plans to reduce air pollution, committing to halve the number of people who live in areas with concentrates of pollution that are above the World Health Organisation level by 2025. Local authorities have been asked by government to submit their plans on how they will reduce exposure to nitrogen dioxide and bring them to the agreed limits in the shortest time possible.

Leeds, Nottingham and Southampton are in the first wave of local authorities and have already had their plans agreed however DEFRA has stepped up the pressure on some who have not done so, including threatening legal action on Bristol if they do not submit their plan by the agreed deadline.

An alternative mode of travel
Approximately two thirds of the half million parking spaces across the NHS in England are used by staff, which means up to 300,000 staff use their car to get to work. So, if drivers were offered alternative modes of transport and encouraged not to use their cars or car share, this could have a significant impact on reducing nitrogen dioxide levels. In particular, it is diesel cars (42 per cent) and vans (33 per cent) that emit the most nitrogen dioxide.

It was therefore no surprise to see that the two themes running through The Health Business Awards in December were: using resources effectively, and reducing the impact on the environment. Short-listers and award winners included trusts who had reduced single occupancy in cars, installed solar panels, reduced clinical waste, increased recycling and implemented green travel plans.

The British Parking Association are long term supporters of this event and proud to sponsor the Transport and Logistics Award.

The award is presented to the NHS Trust that has seen improvements in operational logistics, including emergency services transport and coordination; fleet management; green transport; car parking and traffic management; postal services; and the supply of materials and goods.

A staff travel survey revealed that 64 per cent of their 7,000 staff across their three hospitals; Worthing, Chichester and Southlands, drive on their own. The challenge was to encourage them to travel differently. The waiting list for parking permits had been closed to new applicants for over five years. Something needed to be done. An over-allocation of staff permits meant that five years ago it was not uncommon to see staff waiting in the car park for a space, as four permits were issued for every-one space. Now only 1.8 permits per space are allocated.

The Trust took the decision that providing green alternative travel options was a priority, especially with a predicted staff increase and a reduction in parking spaces over the next five years. A full survey identified where staff travelled from (a heat map revealed the popular journeys) and the willingness of staff to switch from their car if alternative modes of transport were on offer. For example, some said they were able to switch but not willing. It was going to be difficult to predict just how staff would change their travel mode until it was actually on offer, and importantly encouraged to give it a go.

Three working groups were set up; green initiatives (cycling, motorcycling, walking, public transport), alternate parking (cross site minibus, park & ride) and on-site parking (permit usage, car share). Colin Vince, car park manager and Wayne Jurd, car park supervisor have both worked at the trust for 10 years and are part of the team responsible for overseeing the implementation of the Trust’s Green Travel Plan, which has the full backing of the trust board. The trust did not take the easy route and tackle on-site parking first, they set their sights on improving off-site parking and created not one but two park & ride car parks outside of the main hospital sites.

They installed secure parking for staff cycles and motorcycles with improvements to changing and even drying facilities and lockers. They even signed up to the discount travel company Easit which gives a 15 per cent discount on public transport to all staff who also join the scheme.

Positive changes
Perhaps the biggest investment has been creating a combined Park & Ride and a cross-site minibus service that runs up to four times an hour at peak times. It was impressive to see that dozens of hardy staff had cycled to work braving the cold January weather, safe in the knowledge that their bikes were secure in the shiny new cycle racks.

Colin says: “It’s been a lengthy and sometimes challenging project, but helping so many staff has made it all worthwhile. The positive changes we’ve made for not only our staff, but also our local environment has been fantastic. I have been involved in all aspects of our Green Travel Plan, and I am proud of the dedication all the team have given and the positive commitment of the Trust in supporting this project.”

The trust's Green Travel Plan takes an average of over 8,000 car journeys off the roads every month, reducing CO2 emissions by an impressive 60 tons per month.

It takes vision and long-term planning to bring to life a truly green staff travel plan and Western Sussex Hospital NHS Foundation Trust is just one example of the great work that is being done within the NHS to reduce nitrogen dioxide emissions and improve the health of our nation.

Reducing emissions is discussed regularly at The British Parking Association’s interest groups meetings as improving traffic and parking management is a key factor in tackling it.

The British Parking Association is a not for profit organisation, representing, promoting and influencing the parking and traffic management profession throughout the UK and Europe.