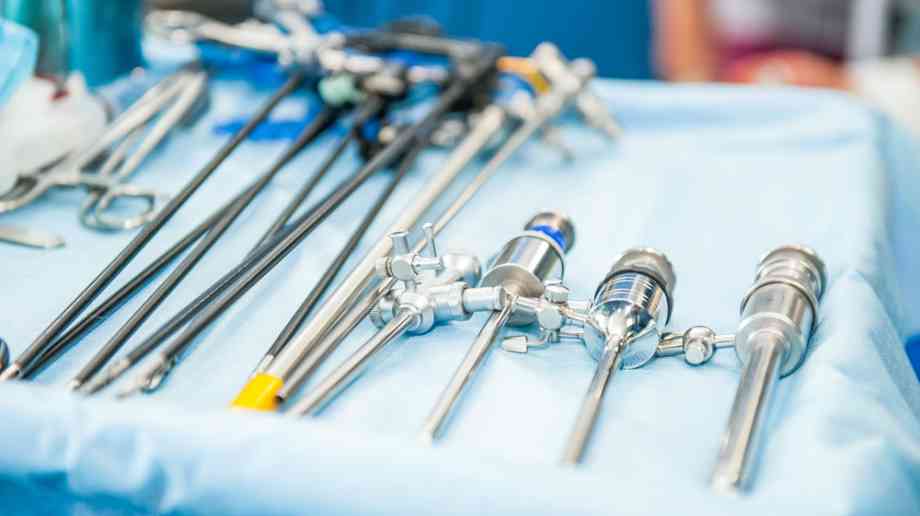 Heriot-Watt University in Edinburgh is developing cutting-edge manufacturing techniques that may lower the cost of medical equipment and devices for the NHS, freeing up money that trusts can then invest in supporting members of staff and improving outcomes for patients. Professor Robert Thomson and Professor Duncan Hand, Heriot-Watt University explain

FROM the outside, the Medical Devices Manufacturing Centre (MDMC) at Heriot-Watt University on the outskirts of Edinburgh may look like just another corridor in just another building. Yet, appearances can be deceptive.

Inside the unassuming centre, engineers are working with clinicians to develop medical equipment that will not only save NHS Trusts money but will also improve treatment for patients. Heriot-Watt University, which last year [2021] celebrated its 200th anniversary, has a long history of engineering innovation, and the institution is now bringing the skills and experience of its staff to bear on the medical device sector.

One of the university’s most far-reaching achievements has come in the field of lasers. A team has developed a way to change the shape of a laser beam, which makes it quicker and cheaper to produce pieces of medical equipment that could be used during keyhole surgery and while performing biopsies.

The laser beam can now be used more efficiently and effectively to create tiny optical components for the ends of the fibre-optics used by doctors during keyhole procedures. Manufacturing techniques that used to take hours have now been slashed to just a matter of minutes using the new method.

Moving from scalpels to lasers
Surgery once revolved around scalpels and forceps, creating an incision to give specialists access to the body to repair damage or remove problems. Yet patients then had to recover from the impacts of the surgery itself, alongside the underlying condition that necessitated the treatment.

Keyhole surgery revolutionised operations. Instead of making large incisions, surgeons were able to make smaller cuts and then use long and thin tools to slip inside the body, leaving smaller and less invasive wounds behind, which reduced the risk of infection and sped up the recovery time.

Fibre-optic cables and tools sit at the heart of the success of keyhole surgery – tiny lights and cameras at the end of flexible tubes can give surgeons a view from within the body, while smaller surgical instruments can be used to make cuts and then stop bleeding. Operations that would have involved long, expensive stays in hospital as an in-patient can now be performed quicker and cheaper, allowing patients to be treated as day cases and sent home to recover.

Only decades ago, few doctors could have imagined the transformation that would be brought about by keyhole surgery. Now, cutting-edge techniques are set to elevate the procedures onto a whole new level.

Lowering the cost of key-hole surgery
Engineers have developed thinner and more flexible optical devices to help with diagnosing and treating conditions, ranging from detecting cancer through to laser surgery. Yet these devices are built with micro-optics such as lenses, mirrors, and prisms – in a similar way to a tiny microscope – at their tips, called distal-end microsystems, which can take a long time to build and so are very expensive to buy, limiting their uptake in medical devices.

Heriot-Watt University’s breakthrough in changing the shape of laser beams will make it quicker and therefore cheaper to produce these distal-end microsystems, which will make them more readily available for diagnosing and treating patients. The University’s innovation gives the engineers making the microsystems more control over the laser, allowing them to use the energy more efficiently from the pulses of light.

The same team has also built its own micro-optic systems for future use in precision endoscopic surgery. Its systems send ultrafast pulses of laser light down hollow core fibres, which were developed at the University of Bath.

Following on from the success of the laser shaping breakthrough, Heriot-Watt has expanded its work in the healthcare field by creating the Medical Device Manufacturing Centre (MDMC), based at Heriot-Watt University and in partnership with Edinburgh, Glasgow and Robert Gordon universities. The centre is not only working on further advances to improve surgery but is also helping entrepreneurs to develop devices and tools that can be used on hospital wards and even in patients’ homes.

Bringing innovations to the wards
One in every 400 people who undergo surgery in the UK have a stoma, an opening created in their abdomen to collect waste. The technique is used to treat a wide variety of conditions, including Crohn’s disease, several types of cancer, and bowel incontinence.

A bag is attached to the stoma to collect waste and needs to be changed at regular intervals. Often the bag will leak though, causing embarrassment for the patient and denting their confidence to carry on leading a normal life.

If a bag leaks on the operating table then the area must be sterilised again before surgery can proceed. Elderly patients cannot be discharged if their stoma bags are leaking, which in turn ties up beds and puts increasing pressure on hospitals and their staff.

Widening access to life-changing devices
The MDMC is working with Confidence Plus, a company that has designed the ConfiPlus, a cover that absorbs stoma bag leaks and draws them away from the skin to reduce irritation and give people the chance to change their bags without embarrassment. Anne Inch created the prototype for the device on a sewing machine in her attic using an old bedsheet after the stoma bag being worn in hospital by her husband, Iain, leaked nine times in a single day.

At the moment, ConfiPlus is only available over the counter, but the MDMC is working with Confidence Plus to put the device through its clinical evaluations, so that it will be available on prescription. ConfiPlus is unique, so it cannot be benchmarked against existing products, highlighting the need to harness the expertise within the centre to help win approval for the product.

While NHS regulations are complex in order to protect patients, the process of navigating the regulatory system is burdensome for small companies, which can stifle innovation. The MDMC offers a free service to small and medium-sized enterprises (SMEs) in Scotland and beyond to help get their devices approved for use in clinics and hospitals, and available on prescription.

Bringing robots into hospitals
Back in the operating theatre, Heriot-Watt’s engineers are not only harnessing the power of lasers but are also developing technologies that can help surgeons for robot-assisted minimally-invasive surgeries. As well as the MDMC, the university is also home to the new National Robotarium, the most advanced robotics and AI centre of its kind in the UK.

One of its flagship projects involves developing a probe that will give surgeons more information about the tissues they are examining during robot-assisted surgery. The new probe is equipped with sensors that can take mechanical measurements of a cancerous tumour and the surrounding region, allowing surgeons to judge how much of a surgical margin to remove along with the tumour.

The probe is also linked to and enhanced with a computer-based modelling strategy. This can detect the presence of the cancerous tissue and help surgeons optimise the surgical margin. The system can give the surgeon extra insight, helping them to judge the right size of surgical margin. This is supplemented by other research to develop computer vision technologies for intraoperative assistance to surgeons and higher precision surgical robotic manipulators using laser-based manufacturing techniques.

Through the work of facilities such as the MDMC and the National Robotarium, engineers at Heriot-Watt University are at the forefront of medical device innovation. By working together with clinicians and entrepreneurs, these advances will help to save money for the NHS and improve outcomes for patients.

About the Authors:
Prof. Robert R. Thomson is Professor of Physics at Heriot Watt University. He obtained his BSc in Physics from Heriot Watt in 2000, the MSc in Optoelectronics and Laser Devices from the University of St Andrews in 2001, and the PhD in Physics from Heriot Watt University in 2006. From 2010-15 he was an STFC Advanced Fellow developing photonic technologies for astronomy. He is Principal Investigator of the £6M “U-Care” EPSRC Programme Grant (u-care.ac.uk) which is aimed at developing advanced healthcare technologies based on the unique properties of deep UV light. He has been awarded ~£35M in funding since 2009 (~£11M as PI and £24M as Co-I). He co-founded Optoscribe Ltd in 2010.

Prof. Duncan Hand is Professor of Applied Photonics at Heriot-Watt University. He became fascinated by the science and engineering of photonics whilst studying for a degree in Physics at the University of St Andrews in the mid 1980s and his passion for this technology continues to drive his academic career today. Following his first degree he studied for a PhD in optical fibres at the University of Southampton before moving to Heriot-Watt in 1991. Photonics is an enabling technology that he has applied to a diverse range of applications, with the aerospace and defence industry; ship building and ship engine manufacturing; medical device manufacturers; plant biology; and medical practitioners including surgeons. His current key focus is on manufacturing of medical devices, and he is Director of the £3.6M Medical Device Manufacturing Centre (MDMC) and the £1.3M EPSRC Platform Grant on Multi-modal Medical Device Manufacturing (4MD).