Skip to main content
Home / Features / E-cigarettes in the NHS: What role can they play? 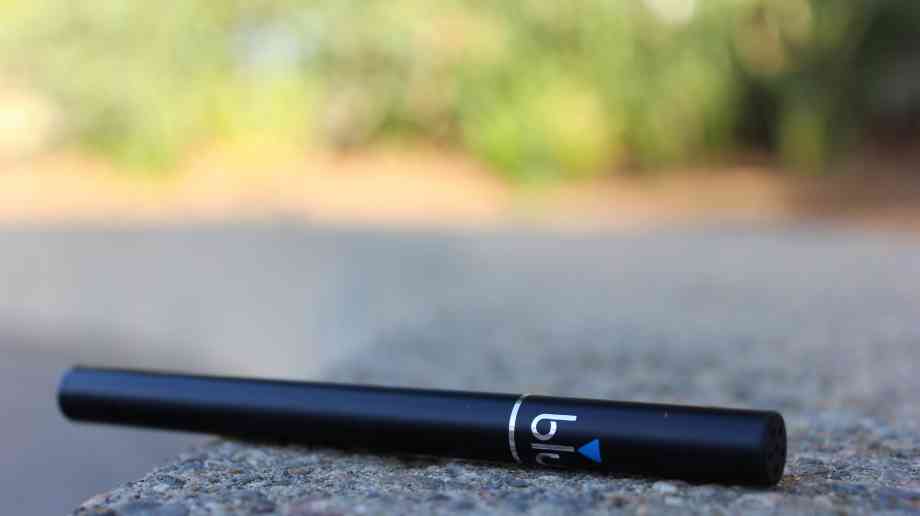 E-cigarettes in the NHS: What role can they play?

Misunderstanding among smokers and the general public of the dangers of e-cigarettes continues to grow, says Martin Dockrell, Tobacco Control Lead at Public Health England

In the most recent oral evidence session on e-cigarettes, Norman Lamb, chair of the Science and Technology Select Committee, noted that ‘there is no coherent policy across [NHS] mental health trusts on the use of e-cigarettes to help service users to stop smoking’. He followed this remark by questioning whether there ‘should be clearer central guidance, perhaps not only from Public Health England but from NHS England’ stating that ‘it seems extraordinary [to me] that, according to our survey, a third of mental health trusts ban the use of e-cigarettes, given the evidence that you have both given to us this morning about relative risk’.

The evidence to date
In 2016, smoking prevalence among adults (18+) in England showed the biggest drop in a decade with the rate falling to 15.5 per cent of the population, a 1.4 percentage point drop from 16.9 per cent the previous year. An excellent result. As suggested by the authors of Public Health England’s latest review of the evidence on e-cigarettes (ECs), some of this success may be attributed to the rise in their popularity. The review highlighted that ECs have quickly become the most popular stop smoking aid, associating their use with the recently improved quit success rates: data suggests that smokers who combine ECs with help from local stop smoking services have some of the highest chances of quitting successfully.

ECs produce an estimated 18,000 additional long-term ex-smokers in England each year, with a recent update suggesting this figure might actually be as high as 57,000. The ECLAT study from Italy also found that one in ten smokers, who were not intending to quit but were offered e-cigarettes, had stopped completely a year. Yet, misunderstanding among smokers and the general public of the dangers of e-cigarettes continues to grow.

Evidence shows that a quarter of smokers in England wrongly believe that ECs are at least as harmful as smoking. Although the reasons for these misperceptions are not entirely clear, the review’s authors suggest a possible link with inaccurate and confused perceptions of the risks of nicotine. Of particular concern was data showing that four in 10 smokers and ex-smokers incorrectly think that nicotine in cigarettes causes most of the smoking-related cancer.

Every minute someone is admitted to hospital as a result of their smoking and the total annual cost is estimated at £2.6 billion. With 6.7 million adult smokers in England and smoking remaining the country's biggest killer it would be tragic if smokers who could quit with the aid of NRT and/or ECs did not try them because of these mistaken beliefs. Although not risk free, vaping poses only a small fraction of the risks of smoking and switching completely from smoking to vaping conveys substantial health benefits. England is currently leading the world in maximising the benefits from ECs, while minimising the risks but there is still more that can be done. The challenge is reaching and encouraging those still smoking to stop, ensuring they have accurate information and the support they need to quit successfully.

Supporting people to quit
The good news is that an excellent opportunity to engage with smokers lies within the NHS, in our hospital’s beds. Many longer term smokers will already be in poor health and be in regular contact with their GPs, the NHS and wider community health services – in fact, as many as one in four NHS inpatients are smokers.

It is therefore no surprise that the government’s latest tobacco control plan and the NHS five-year forward view commit all NHS trusts to becoming smokefree. This means creating environments where all frontline healthcare professionals discuss smoking with their patients, all patients and staff who smoke are offered support to quit and there is no smoking in hospital buildings or grounds. Many patients who smoke will have tried to quit again and again using a variety of approaches. ECs are a new tool that NHS trusts have at their disposal to help them achieve this smokefree status.

Setting appropriate policies
As early as 2016, we published advice to support organisations in developing policies on vaping that support smokers to quit while managing any identified risks. What’s always been clear is that there is no ‘one size fits all’ approach – what works for one organisation may not be appropriate or suitable for another.

The guidance therefore doesn’t prescribe any one policy. However, some core principles apply: make a clear distinction between vaping and smoking; ensure policies are based on evidence of harm to bystanders; identify and manage risks of uptake by children and young people; support smokers to stop smoking and stay smokefree; and support compliance with smokefree law and policies.

It’s important that when trusts set their vaping policies, they strike a balance that minimises the harm from smoking, whether that’s staff, patients or visitors. We know that unlike cigarette smoke, there is no evidence that passive exposure to vapour is harmful to health which is why vaping may be permitted where smoking is not. However, people with asthma and other respiratory conditions can be sensitive to a range of environmental irritants, which could include e-cigarette vapour and adjustments may need to be made to accommodate this.

Overall, our advice is to make it an easier choice for staff, patients and visitors using hospital sites to vape than to smoke. Exactly how each trust achieves it is up to them. So far, we’ve seen several different approaches. For example, some acute trusts have converted their smoking shelters into vaping shelters, whereas others allow vaping in designated outdoor areas. Mental health trusts, where the proportion of patients that smoke is very high and people may spend extended periods in hospital including in closed units, have developed approaches including allowing vaping in specific indoor areas.

Currently, ECs are not medicines or licensed for smoking cessation. However, many smokers will now use them as part of their quit attempt so it is important that the NHS is able to give sound advice about their use. PHE believes there is compelling evidence that e-cigarettes should be made available to NHS patients and continues to support the MHRA’s work in regulating and licensing e-cigarette products and supporting manufacturers to expedite the licensing of e-cigarettes as medicinal quit aids.

Once a medicinally licensed e-cigarette comes to the market in the UK, it will be available for prescription according to its licence alongside other stop smoking medicines. It will be for healthcare professionals to decide which product gives an individual smoker the best chance of quitting successfully.

Selling e-cigarettes alongside nicotine replacement therapy products in hospital shops and developing appropriate vaping policies are some of the first steps NHS trusts can take to effectively support people to quit smoking. Prompts from health professionals rank second in the most common reasons for a quit attempt so it’s crucial this opportunity is seized.

This is not only the best thing to do for every smokers’ health but also an effective way to reduce the burden smoking has on the NHS; supporting smokers to quit will reduces costs, with smokers who manage to give up reducing their lifetime cost to the NHS and social care by almost 50 per cent.