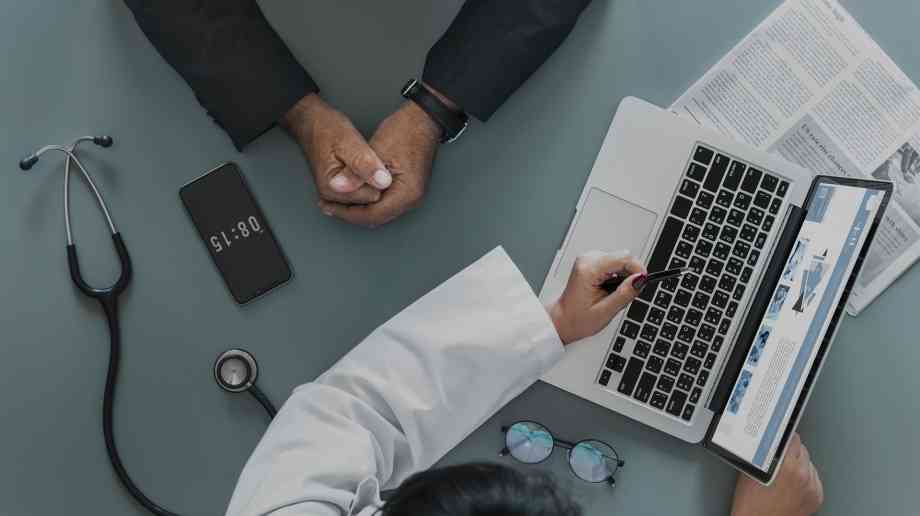 How well has Matt Hancock done as Health Secretary?

Having recently launched his The Future of Healthcare plan, promising that outdated and obstructive NHS IT systems will become a thing of the past, Matt Hancock is driving forward with his digital aims. But, nearly six months into the job, what progress is he making?

When Matt Hancock replaced Jeremy Hunt as Health Secretary, following Boris Johnson’s resignation as Foreign Secretary, he made it very clear that advancing technology within the NHS would be his main priority. With Hunt having just secured an extra £20 billion a year by 2023, as part of Prime Minister Theresa May’s 70th birthday anniversary present, he was almost given a clear slate with which to emphasis the importance of digital progression and to create a much needed level playing field for trusts and NHS organisations across the country. In his first speech after becoming Health Secretary, Hancock said that £487 million is to be spent on technology for the NHS, giving more patients access to health services at home.

As Culture Secretary Hancock launched his own smartphone app to better ‘connect’ with his constituents. Upon his appointment at the Department for Health and Social Care, we wrote that his digital background and enthusiasm could prove very beneficial in promoting the equal distribution and promotion of technology and innovation in all areas of the health service. Five months later, as the health system prepares for the latest wave of winter pressures and predictions are made for 2019, it seems appropriate to assess what has been established, what has been promised and what else should be targeted by the West Suffolk MP.

The Royal College of Surgeons revealed earlier this year that nearly 9,000 fax machines were in use across the NHS in England, the largest anywhere in the world. True to his word, Hancock has since banned the NHS from buying fax machines and has ordered a complete phase-out of the technology by April 2020. As such, NHS trusts will be required to invest in new technology to replace outdated systems until they are able to declare themselves ‘fax free’. The decision has been predominantly well received, with Richard Corbridge, Chief Digital and Information Officer at Leeds Teaching Hospital, noticeably saying that ridding the service of fax machines will empower staff and deliver integrated care.

However, as the Royal College of GPs pointed out, while a wholesale switchover to electronic communication seems like a brilliant idea, such a transition requires significant funding to ensure that reliability is maintained and communication between GP surgeries and their local hospitals is not disrupted.

Leeds Teaching Hospital NHS Trust is the first trust to publicly launch an ‘Axe the Fax’ campaign to identify all fax machines within the hospital estate and remove 95 per cent of the machines by 1 January 2019. Owning 340 fax machines, Leeds Teaching Hospital is using Managed Print Service (MPS) devices and in the period between April and August 2018, 47,905 were sent electronically rather than via fax machine. At the end of September, the trust launched a campaign to identify all machines within the hospitals, their location, phone numbers and what they are being used for before looking at how they can be replaced with more innovative and cost-effective processes.

Other successes that have been evident in the first period of Hancock’s tenure include the 100,000 Genomes Project having sequenced 100,000 whole genomes from NHS patients. Although launched at the start of his predecessors incumbency, Hancock has continued the ambitions of the project, setting his sights on sequencing five million genomes in the UK over the next five years, aided by the launch of the NHS Genomic Medicine Service. This will see all seriously ill children and adults with certain rare diseases or cancers offered whole genome sequencing as part of their care from 2019

Matt ‘the app’ Hancock
Hancock claims to be the first MP to launch his own smartphone app this year. The app features picture galleries and videos of the West Suffolk MP and updates on his activities for his constituents. However, Big Brother Watch argued that privacy was compromised after it was found to collect users' photographs, friend details, check-ins, and contact information. The idea behind the then Culture Secretary running his own app was that it was more beneficial than using social media because it allowed full editorial control, user privacy and community moderation.

Speaking to BBC’s Newsbeat, Hancock has said that there needs to be more use of apps in the NHS as he follows his ‘passion’ of digital innovation. He admitted that there is still a lot to do in developing apps, but said embracing the technology needs to be pursued to make the NHS more convenient for patients and staff alike. Speaking at the NHS Expo in Manchester, Hancock said that the new NHS app will be piloted in Liverpool, Hastings, Bristol, Staffordshire and South Worcestershire, before national roll-out this month. Patients in the five regions will be able to use the app to book GP appointments, order repeat prescriptions, access their medical record, amend data sharing and organ donation preferences, and gain 111 online access for urgent medical queries. But while his aims for better use of apps is welcome, it has not been without controversy.

Babylon Healthcare has been regularly in the press over the last few years. Last year, a 24-hour service was piloted in west London offering GP consultations via video link on smartphones. Using GP at Hand, patients in Fulham were able to check their symptoms through the app and then have video consultations within two hours of booking. However, this year the Advertising Standards Authority ruled that the GP at Hand advert promising NHS doctor appointments in ‘minutes’ was misleading.

GP at Hand has been publicly and frequently backed by Matt Hancock, who claims to use the service, and has recently supported the service despite fears in the NHS that its expansion will destabilise traditional GP services. Among others, the Labour Party called for an inquiry last month after Hancock praised the tech company in paid-for newspaper articles. Not only was Hancock’s relationship with George Osbourne questioned, with the former Chancellor now editor of the Evening Standard, but he also faced accusations of breaking the ministerial code. Shadow Health Secretary Justin Madders wrote to the Prime Minister accusing Hancock of repeatedly endorsing the products of a company that receives NHS funds for every patient it treats. 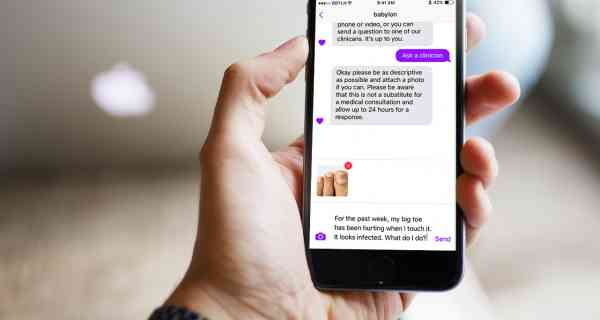 Manifesto for Matt
At the end of November, techUK launched its ‘Manifesto for Matt’ – a report highlighting priorities for digitising the health and social care sector, aimed at Hancock. It sets out priorities for fast-tracking the long overdue digitisation of health and care, focusing on three main areas: empowering the public; enabling a world-class workforce; and making the UK the destination of choice for health tech innovators. In part it was in reaction to Hancock sharing his three early priorities for being Health Secretary after his appointment: workforce, technology; and prevention.

Looking at promoting public-powered prevention, techUK stresses that to make person-centred care a reality, the NHS needs to make it easier for citizens to access their health and care data and play a greater role in publicising how they can do so, also touching upon the role of the NHS App in acting as a springboard for better access to digital health tools.

Concerning workforce, the paper said that NHS trusts need to be benchmarked and supported to implement what staff see as the digital basics, including fast and secure single sign-on, reliable Wi-Fi, secure peer-to-peer communication tools and sufficient handheld devices to allow contemporaneous work. Furthermore, digital leaders should be represented on the board of trusts to enable an understanding and ownership of digital transformation at the highest levels. This appears to be an ambition shared by Hancock who has overseen the first meeting of the Healthtech Advisory board, which will advise him on his technology vision for health and social care.

techUK also suggested that NHS Digital should work collaboratively with the Academic Health Science Networks to provide a local ‘one stop shop’ where innovators can simply, safely and securely access health and care data. Much of this will rely upon the success of initiatives like the #NHS70Innovations campaign, led by NHS Digital and the AHSN Network, which shined a spotlight on some of the latest healthcare solutions and technologies making a positive difference to NHS organisations, staff and patients.

Perhaps in part to the funding boost made just before his appointment, the first five months of Hancock’s holding office at the Department of Health and Social Care have been without too much criticism or controversy. There have been no junior doctor strikes, no closures and no NHS weekend cover issues. However, there have been some ambitious aims and, if the period between July and December is a sign of what may come in 2019, digital should remain high on the agenda and we can expect to see more efficient systems of working being implemented across the NHS.

PUT CONNECTION AT THE CENTRE OF PATIENT CARE

Giganet are transforming communication for healthcare. We’ll help you deliver improved patient and staff experiences by providing reliable, hyperfast internet and modern cloud-based telephony solutions. Our services are not only cost-effective, but also efficient, innovative, and secure.

Secure I.T. Environments Ltd.
We work with you to deliver a bespoke BEMS that meets your needs
Sustainable Process Cooling Delivered