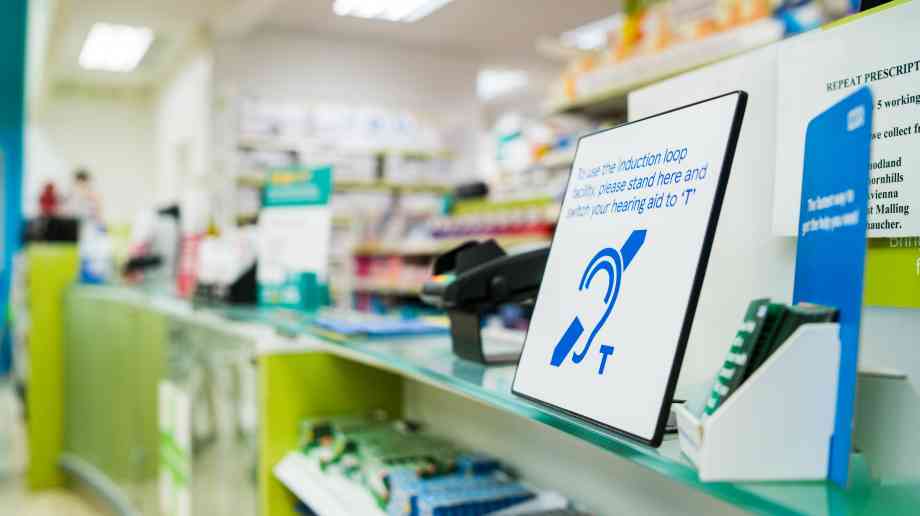 Andrew Thomas, chair of the International Hearing Loop Manufacturers Association, looks at why NHS trusts should assess their hearing loop provision and the potential costs of not listening to those who can’t hear

A healthcare setting is one of the places where it’s vital to be able to hear; from being called to an appointment to understanding a diagnosis, how to take medication to options about treatment and after care.

One in six of the population, approximately 11 million, live with a hearing impairment and more than a quarter of them wear a hearing aid. But the provision of induction loops in hospitals is far from standard.

People with hearing loss are the largest disabled group in the UK. With an ever-ageing population, their numbers are expected to rise and it’s estimated 14.5 million people in the UK will have some form of hearing impairment by 2031.

Access to services within the NHS is governed, like anywhere, by the Equalities Act 2010 which requires ‘reasonable’ adjustments to be made for those with hearing loss and obliges trusts to ‘provide auxiliary aids and services’ including hearing loops. And since 2016, trusts have been legally required to follow the Accessible Information Standard (AIS) to identify, record and meet the communication needs of patients with a sensory impairment.

While hospitals will no doubt have installed induction loops in efforts to meet these requirements, this doesn’t automatically ensure patients or their families are able to hear more clearly and the effects can be considerable both for the individual and the hospital itself.

The implications for their health are obvious but the financial impact for trusts is equally concerning. As described in the Accessible Information Standard; if 14 per cent of the 11 million people with hearing loss miss an appointment, that is 1.5 million missed appointments. Even at the lowest estimated cost of an appointment in primary care (£10), missing just one appointment a year through not being able to hear is costing the NHS £15 million annually.

The role of hearing loops
Hearing loops can benefit those who wear a hearing aid or cochlear implant. Rather than making everything louder, loops amplify the sound a person wants to hear above the background noise. They convert sound picked up by a microphone into a magnetic signal. This is transmitted by a loop aerial and is picked up by the telecoil in a wearer’s hearing aid and converted back to speech.

As well as meaning patients clearly hear the information they need, in a healthcare setting loops can also maintain dignity and confidentiality as staff can speak normally and be heard. People may not always want to disclose an inability to hear, especially if it isn’t the reason for the consultation, and when a loop is in place, and working, it means they don’t have to.

But it is crucial for trusts to get the right advice when it comes to installation in order to select the right loop for the right job, and to meet newly revised guidelines.

‘Accessible’ vs ‘inclusive’
The British Standards Institute recently revised its BS8300 guidelines for creating premises fit for the future that are inclusive and welcoming to all members of society. The guidelines have shifted their emphasis from offering an ‘accessible’ environment to one that is ‘inclusive’ meaning patients with a disability should have their needs accommodated within a general space and not set apart in a separate area. They have also shifted the onus for accessing services and information from the individual to the premises – so in a healthcare setting, the responsibility lies with the trust rather than the patient or service user.

For the first time, the guidelines contain an annexe that covers in detail how premises should meet the needs of those with a hearing impairment, including how to specify, locate and maintain loops. For example, the guidelines state that communal rooms such as waiting rooms should have a large area loop so that names or a number in a queue system called via a microphone can be clearly heard.

Reception desks need a counter loop to allow patients booking an appointment to clearly hear the staff member. And consultation rooms, if a patient is likely to be more than two metres from the health professional, should have a counter or small area loop.

Get specialist advice
The range of loops available shows the importance of seeking specialist knowledge to both understand where a loop is needed and which one is most appropriate. Looping a hospital represents an investment of hundreds of thousands of pounds for a trust and, as has already been discussed, the cost of getting it wrong and patients not being able to hear, could be equally significant.

For those trusts involved in building new premises or refurbishing existing ones, it’s essential to get advice from a specialist installer at the earliest stage. If plans are going out to tender, make sure the loop design is specified to avoid having to rectify costly mistakes further down the line. An expert will know how to factor in possible interference from sources such as air conditioning systems or equipment, and the impact of the building’s fabric on a loop’s performance. Correct installation is one thing but regular maintenance and staff training are two equally important elements.

The cost of getting it wrong
Having recently been asked to visit two hospitals in London to audit their hearing loop provision, I could see that many parts of the hospitals were covered. However, after further inspection and testing we found just 10 per cent of the loops were actually usable. A number had not been correctly specified for the space they were intended for so provided little benefit to patients with hearing loss. Some were simply not working because they hadn’t been regularly tested or maintained and counter loops that staff could move from desk to desk were either missing or staff had no knowledge of how to use them.

Of course, rectifying these issues is a far greater challenge when the loops have been installed some years ago. Flooring has to be taken up, wall panels removed, wiring re-laid, all causing disruption and expense that could have been avoided had the trusts involved been given the appropriate advice at the time.

Now the trusts realise the condition of their loops, it’s not something they can ignore. By not offering working loops hospitals are failing to meet their legal obligations. The revisions to the BS8300 also represent a benchmark against which patients can measure a trust’s provision, or lack of it.

The importance of staff training
Creating an ‘inclusive’ environment means those with disabilities or impairments are offered the same standard of service and can access the same information. Staff are the interface between the hearing loop and the patients so it’s vital they know what assistive listening technology is available and how to operate it.

Hearing loss is a ‘hidden’ disability and the fact that patients may not make their impairment known, let alone complain they can’t hear, could mean gaps in provision are not highlighted. The responsibility to ensure everyone who enters a hospital has the ability to hear lies very much with Trusts.

Andrew Thomas is chair of the International Hearing Loop Manufacturers Association (IHLMA), as well as the Market Development Director of Contacta Systems Ltd and has more than 30 years’ experience in the sector.