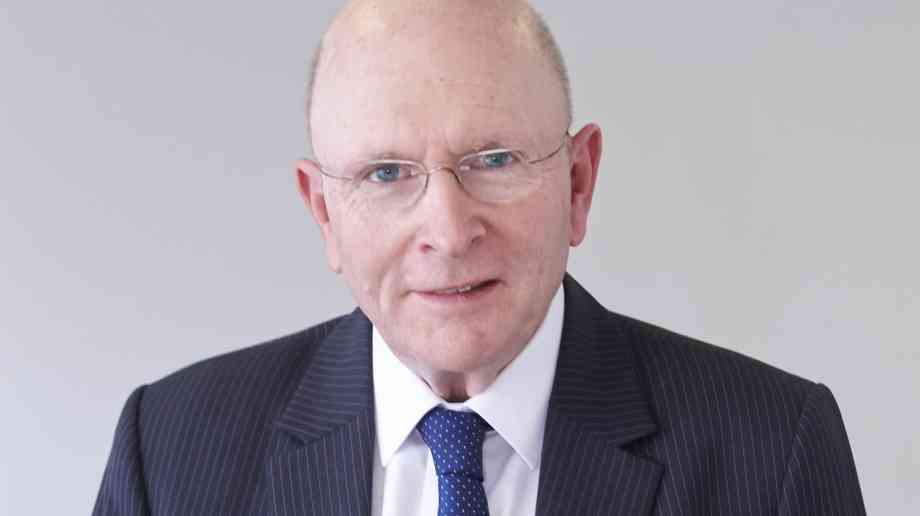 As part of July’s NHS 70 anniversary celebrations, Health Business will be publishing a number of interviews with those working within and for our health service. Here, we pose some questions to Niall Dickson, chief executive of NHS Confederation

This July is not just an opportunity to celebrate the stories and innovations which define the NHS of the past, but what it will become in the future. If we were to speak again in ten years’ time, what recent or current changes/developments do you think will define the immediate future of healthcare in the UK?

We are at a watershed moment in the history of the NHS and with the Prime Minister’s recent funding announcement, it is important we make the right moves for the future. This is an opportunity not to simply prop up the existing system but to transform.

A renewed focus on place is key. Systems need to be simplified, locally led and patient centred with care shifted away from hospitals and into the community. People need to be able to get the right treatment, at the right time, in the right place.

Further advances in treatment and technology will influence the way patients are cared for and the way they access services, including an increasing ability to use information and data about each individual. For example, DNA profiling could identify individual risk factors, while real time health monitoring could take, transmit and interpret dozens of measurements on a routine basis.

Much has been made about a need for an increase in social care funding. With services becoming more integrated and joined-up, how important is it that a sustainable and radical reform of the current system is soon established?

Health and social care are sister services and, put bluntly, a solution for one but not the other simply will not work. Totally inadequate social care funding is leaving demand unmet and thousands of older people without the care and support they desperately need. Yet successive governments have ducked the question and it remains dangerous political territory.

A funding boost is needed to address inconsistent provision across the UK, and tackle rising numbers of people with unmet care needs which has led to increasing reliance on unpaid care from friends and families.

In the next 15 years, there will be 4.4 million people in the UK aged 65 and over. The number aged over 85 is likely to rise by 1.3 million. We are also seeing more people living with multiple chronic conditions. Yet spending on adult social care has fallen since 2009-10.

Our report with the Institute for Fiscal Studies and the Health Foundation, Securing the future: funding health and social care to the 2030s, says 3.9 per cent annual increases in social care spending would be the minimum needed, just to continue the current level of service provision for projected demand for social care services.

There is demonstrable public support for it too. An Ipsos Mori poll indicated 82 per cent of British people would support a 3.9 per cent funding increase for social care.

When you became chief executive of the NHS Confederation at the start of last year, you said that there has never been a more important time for the healthcare systems various parts to come together locally and nationally. In the last 18 months, how much closer have we come to achieving that intention? And what do our next steps look like?

There are certainly outward signs that the system is taking steps both at a national and local level to bring different parts together. One obvious sign is the recent steps taken by NHS Improvement and NHS England to work more closely.

At a local level, our members are keen to see a different model which is system-wide, longer-term and place-based. The key to delivering this reform lies in developing solutions that bring the whole system together.

Progress has been made on integrated systems with senior leaders working together and building relationships and, in some instances, we are even seeing organisations co-locate teams with staff from social care, mental health, community and primary care.

But many are still struggling to bring about fundamental change while their leaders are preoccupied with immediate operational and financial challenges. We will need legislative change. Much of what is being attempted now amounts to workarounds and local fixes.

As part of the recent Confed18 conference, the top 70 health and social care ‘standout stars’ of the last 70 years were recognised for their contributions to the NHS. As well as exceptional individuals, in your opinion, are there any standout achievements or changes of the last 70 years that deserve special recognition?

The very concept of the NHS has rightly been described as one of the great social achievements of the 20th century with its promise to care for the British people from cradle to grave.

70 years ago the cost of medical care was a source of real worry and fear for many families and something which some simply could not afford. At the end of the Second World War everyone agreed something had to be done and the answer came in the form of a state funded National Health Service.

It was a controversial model but one which soon became accepted, in broad terms, both by politicians and professionals. Over the years we have seen crises and criticism but one principle has remained almost unscathed: that healthcare should be funded from general taxation and available to all free at the point of use.

You said in May that NHS England and NHS Improvement working more closely together has the hallmarks of good move. Looking to the future, where else can the health system encourage and adopt collaboration and integration as a way of increasing closer dialogue and improving patient care?

The need for care to be joined up around the needs of patients has never been greater and this means further integration between health and social care services.

The relationship between local government and the NHS remains variable but it is incumbent on everyone to work together much more closely than in the past, recognising the interdependency of health and social care. The future lies in devising jointly agreed, practical measures that will support patients in the community, prevent unnecessary admissions and reduce delays around discharge.

We have to acknowledge that the Better Care Fund was always a ‘work around’ and our shared goal must be to devise a better long-term solution that goes beyond temporary fixes and has the confidence and support of both the NHS and local government.

Ultimately this is not about what is best for local authorities, social care providers or the NHS - it is about how can we make a difference to those who too often are being let down by a fractured system.

Jeremy Hunt has recently become the longest serving Health Secretary, having been put in that role in 2012. Adopting a more political stance, is there any advice that you would give to him moving forward?

The Secretary of State has provided a degree of continuity at a difficult and uncertain time. He should be congratulated for his role in persuading the Prime Minister of the need to provide additional funding for the NHS.

It is important now he helps create the space to allow for proper planning on how the money should be spent. The plans need to be credible and realistic and to do this, they need to draw on the views of the managers and clinicians who are responsible for commissioning and delivering the care.

A key task now will also be to live up to his new title as Secretary of State for Health and Social Care, and focus his attention on the long delayed and much-needed reform of social care. This will take political courage but the prize is have tackled the social issue others have lamentably failed to address.

Niall Dickson is chief executive of the NHS Confederation, which represents organisations across the healthcare sector. Niall has served in some of the most prominent national roles in health and care. Before joining the NHS Confederation, for seven years he was the chief executive and registrar of the General Medical Council and before that for six years he was the chief executive of the King’s Fund. For sixteen years, he was a senior correspondent for BBC News, latterly as Social Affairs Editor.