Skip to main content
Home / Features / Tory leadership: the candidates and the NHS 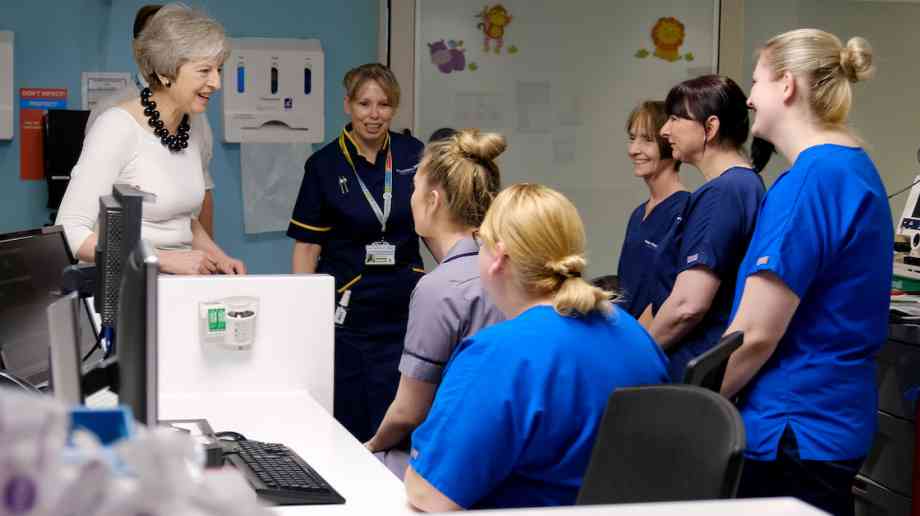 Tory leadership: the candidates and the NHS

The fifth round of voting for the Conservative leadership race has now been completed, leaving backbencher Boris Johnson and Jeremy Hunt as the final two MPs to be determined by final ballot.

With eight candidates failing to gain enough support from their fellow Tory MPs, with Michael Gove narrowly beaten by Hunt on 20 June, most of the discussion surrounding the contest has unsurprisingly centred on Brexit policy, both in public and behind closed doors. But just because Brexit remains the unsolvable enigma in Westminster and Brussels, it would be remiss to ignore the two candidate’s policy ideas and past voting records for the NHS.

Outgoing Prime Minister Theresa May pledged record funding for the health service last year, announcing £20 billion over the next five years to improve standards of care, bring services closer to the targets they have regularly missed and to drive equal parity for physical and mental health. Social care was perhaps most noticeable by its absence in the announcement, but not by the commentary that followed. How Johnson or Hunt plan to tackle the social care crisis, as well as that of the recruitment issues facing hospitals will undoubtedly be key to their success.

£350 million-a-week
So lets begin with Boris Johnson, and there seems no better place to begin than his big red bus. Johnson was a key figure in the referendum campaign of 2015/2016, lending his face to media campaigns across the country and promising Brits that the grass would be greener if we left the European Union. Still being investigated, Johnson promised that the NHS would benefit from the £350 million that the UK sends to the EU each week, a claim that saw him very nearly face prosecution, with businessman Marcus Ball bringing a private case against him, alleging that he committed misconduct in public office by endorsing the claim on the bus while knowing it to be untrue.

What can’t be denied is Johnson’s aim to use finances sent to the EU to fund the NHS, but has so far remained silent on how this would be done. But while his plans for spend remain vague, his voting history is fare more accessible. In his first stint as an MP, representing Henley between 2001-2008, Johnson voted against smoking bans four times, during which time Parliament debated banning smoking in restaurants, public buildings, pubs, and in cars with children present. Despite the known health risks of second hand smoking, as well as the health risks of smoking itself, Johnson was one of the 125 unsuccessful MPs to vote against the Health Bill — New Clause 5 — Smoke-free premises: exemptions.

Air pollution - what air pollution?
As the awareness of air pollution grows, many are becoming frustrated with a lack of action, or at least immediate action, from MPs on declaring a climate change emergency and introducing legislation to improve air quality in our towns and cities. Many within the NHS are seeking changes to air quality around hospitals specifically, and at this point Johnson’s voting record once again confuses. There have been votes in Parliament on targets for reducing carbon dioxide emissions and on increasing the proportion of electricity generated via renewable means as well as on the establishment of a UK Green Investment Bank, to invest in projects which, for example, reduce greenhouse gas emissions. Johnson almost always voted against measures to prevent climate change, more so than current Environment Secretary Michael Gove.

Johnson voted against setting a decarbonisation target for the UK within six months of June 2016 and to review it annually thereafter. Johnson also voted against requiring a strategy for carbon capture and storage for the energy industry.

Johnson is undoubtedly popular within the Tory half of Westminster, becoming a frontrunner in the early stages of the leadership contest and maintaining that lead throughout the process. He remains the favourite to become leader of the party, and thus Prime Minister. Interestingly, Johnson criticised Gordon brown for becoming Prime Minister in 2007 without holding a general election, blasting the ‘arrogance’ and ‘contempt’ shown in ‘trampling on the democratic will of the British people’. To date, he has avoided discussing whether he would indeed seek the same path he demanded from Brown, although he recently told the BBC that ’no one in Parliament wants a general election’ when questioned on the issue. His track record of causing offence has unfairly and inappropriately contributed to the aura of a man excused of his actions because of being ‘Boris’, but last year it did lead to British mum Nazanin Zaghari-Ratcliffe having her sentence in an Iranian jail doubled.

Firstly, it is important to remember the timing of Hunt’s departure. Having survived mass demands for his resignation on several occasions, which will come to, Hunt made sure that he remained in post until after Theresa May announced new, record funding for the NHS. Being remembered as the Health Secretary who delivered the finances that may still help the health service turn around it’s fortunes is quite the achievement, but it may also prove a bad omen if Hunt were to reside in No. 10.

Having spent the majority of his Westminster career dedicated to promoting the welfare of the NHS, he may well choose to prioritise other policy areas so as not to appear to be favouring his former department, especially since the £20 billion investment was announced only 12 months ago.

Junior doctors
His track record as Health Secretary is somewhat tainted by a number of incidents, as many MPs find when they reside in post for long stretches - think Theresa May’s now shadowed stint as Home Secretary. As Health Secretary, Hunt made it his number one priority to boost patient safety, having spend his early days shadowing doctors in a number of hospitals. While the aim to increase safety should be applauded, it did result in Hunt overseeing the imposition of a controversial new junior doctors' contract in England, after the failure of negotiations.

In 2015, Hunt was close to facing a vote of ‘No Confidence’ after an online petition reached a staggering 222,991 signatures. The Petitions Committee decided not to table the vote but did use the opportunity to encourage MPs to debate the contracts and conditions of NHS staff. The year was marred by two Department of Health intentions: a seven-day NHS and weekend cover. Despite the House of Commons Public Accounts Committee criticising Hunt's plan for a seven-day NHS, highlighting that he had made ‘no coherent attempt’ to understand staffing needs, and that the plan was ‘completely uncosted’ and containing ‘serious flaws’, two months later Hunt admitted that he was prepared to impose a new consultant contract on doctors in England which would remove the opt out for non-emergency work at weekends.

Blaming the ‘Monday-Friday’ culture of the NHS, he said the move would help reduce approximately 6,000 avoidable deaths. The figure was strongly questioned, with Hunt misrepresenting a study to heighten the weekend effect to fellow MPs and the public. A internal report by the Department of Health was leaked that February stating that the department was unable to find evidence to prove a link between increased consultant presence, availability of diagnostic tests, and reducing weekend mortality and length of stay. It further stated that the seven-day NHS could cost an additional £900 million each year, through recruitment and social care costs.

The same year saw the unprecedented junior doctor strikes. In total, 99.4 per cent of British Medical Association members were found to be in favour of industrial action short of a strike, and 98 per cent voting for full strike action. Despite negations being resumed and the first day of the strike being postponed, an agreement was not reached and a strike was carried out in January 2016 - the first junior doctors' strike for 40 years. A second strike was called on 10 February, with only emergency care provided, leaving Hunt as the most disliked politician in a YouGov poll. Although reaching the last two in a Tory leadership contest shows fairly well spread popularity among his colleagues, Hunt is undeniably still an unpopular choice outside of Westminster. After further threatened strikes and a referendum, in which 58 per cent of voters rejected the offer, Hunt rejected holding any further talks with the BMA and announced the imposition of the new contract on junior doctors starting from October, saying there were lessons to be learned, but denying personal responsibility for the issue.

In 2013, Hunt also announced plans to charge foreign nationals for using the NHS to split opinion, claiming that the cost was up to £200 million though official figures put it at £33 million.

Hunt has previously said that he as in favour of reducing the abortion limit from 24 weeks to 12 weeks. His position on the issue resurrected as part of the Conservative leadership contest, with the now Foreign Secretary stressing that he would not push to halve the legal limit should he become Prime Minister, but reiterating that his view hasn’t changed, drawing strong criticism from several charities and opposing MPs. He also oversaw the introduction of an Ofsted-style system for rating hospitals and GP surgeries in England, ranking them on cancer, mental health and diabetes service performances.

Social care was added to Hunt’s brief in 2018, but he left the post to become Foreign Secretary shortly afterwards, being warmly praised for his competency in the role - which was previously held by opposing candidate Johnson. It may be something about the office, but Hunt found himself making a Johnson-esque gaffe when referring to his wife as being Japanese on an official visit to China. Lucia Hunt, who he has been married to since 2009, was born in Xian in central China.

An uncertain future
While Hunt is considered by many as lacking the ruthlessness necessary for leader of government at this crucial stage of its history, Johnson’s past antics leave a lot to question. The junior doctors debacle certainly showed a sternest to Hunt that many oversee, but may not bode well for the NHS if he is to overturn the tables and defeat Johnson. Many are billing this as the battle between the man who broke the NHS and the man who wants to sell it to Donald Trump. It might well be that the man who pledges to fix it that proves victorious.